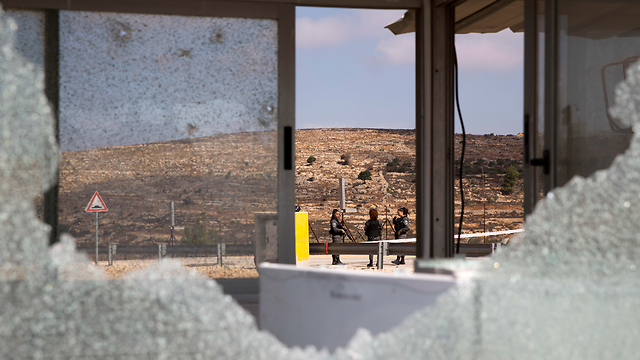 Study suggests most lone-wolf terrorists can be stopped before attack

Research conducted by Public Security Ministry and International Institute for Counter-Terrorism reveals 60 percent of terrorists who carried out attacks on their own from 2015 to 2017 posted preliminary information on social media which could have pointed to their intentions.

Sixty percent of lone-wolf terrorists who carried out attacks from 2015 to 2017 posted preliminary information on social media which could have pointed to their intention to do so.

This figure and other data exposing terrorists’ profile are included in a new study initiated by Public Security Minister Gilad Erdan and US Secretary of Homeland Security Kirstjen Nielsen. The study will be presented during the International Homeland Security Forum, which will be held in Israel this week.

The research, conducted by the Public Security Ministry and the International Institute for Counter-Terrorism (ICT), led by Prof. Boaz Ganor, focuses on the growing phenomenon of lone-wolf terrorists who act alone or with friends or relatives, but receive no operational help from major terror organizations.

The study is based on tests and psychological interviews with 700 terrorists, who took part in 560 attacks, and aims to help the Public Security Ministry come up with ways to prevent lone-wolf attacks in their early stage—before the individual terrorist succeeds in executing the attack.

The most alarming figure, according to the Public Security Ministry, is that 95 percent of the terrorists used social media at lease once before carrying out the attack, and 60 percent of them posted information that could have pointed to their intention to carry out the attack.

The figures reveal that deep and fundamental intelligence, monitoring and analyzing social media activity, may have helped reach the lone-wolf terrorist at the planning stage of the attack.

The study further shows that the terrorists are motivated by a combination of ideological, psychological and personal circumstances, alongside triggers such as copycat attacks, geopolitical events and trauma, which are intensified by intentional incitement.

Two-thirds of the terrorists were diagnosed in the past as suicidal or suffering from psychosis, and 54 percent of them noted that they had hoped to die in attack.

“Israel is the first country to thoroughly research lone-wolf terrorism,” Minister Erdan says. “Our experience with Palestinian terror and the characterization of the ‘lone-wolf’ profile provides us with unique knowledge and allows us to help many countries in the war on terror. This cooperation is the essence of the International Homeland Security Forum, who I initiated, and is an important tool in the development of new measures to prevent terror attacks.”