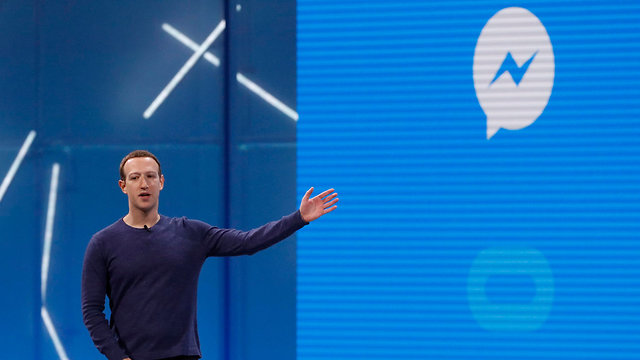 Facebook CEO Mark Zuckerberg says not right to 'take someone off the platform if they get things wrong, even multiple times.' Instead, he says, the social media giant won't widely distribute the offensive content on users' News Feed.

Facebook CEO Mark Zuckerberg defended the right of users to upload posts denying the Holocaust, thrusting to the fore yet again a debate on whether limits should be imposed on the use of the social media giant. “I just think, as abhorrent as some of those examples are, I think the reality is also that I get things wrong when I speak publicly. I’m sure you do. I’m sure a lot of leaders and public figures we respect do too, and I just don’t think that it is the right thing to say, ‘We’re going to take someone off the platform if they get things wrong, even multiple times,’” Zuckerberg said in an interview with tech blog Redcode.

He insisted he doesn't think people are "intentionally" getting things wrong.

At this point, Swisher cut in and said that in the case of Holocaust deniers, it may be intentionally wrong.

Zuckerberg responded by saying that "It's hard to impugn intent and to understand the intent."

The portion of the interview was about hate speech and its potential impact in regions of strife led to an outcry online, and Zuckerberg followed with an email to Swisher attempting to expand on what he had said.

"I personally find Holocaust denial deeply offensive, and I absolutely didn't intend to defend the intent of people who deny that," Zuckerberg wrote in an email, which was published by Recode.

The goal of Facebook is not to prevent someone from saying something untrue, he said, but to stop fake news from spreading across the social network.

Zuckerberg, himself Jewish, offered a compromise to people who make Holocaust denial posts and other highly offensive content.

“What we will do is we’ll say, ‘Okay, you have your page, and if you’re not trying to organize harm against someone, or attacking someone, then you can put up that content on your page, even if people might disagree with it or find it offensive.’ But that doesn’t mean that we have a responsibility to make it widely distributed in News Feed. I think we, actually, to the contrary…” he said.

'Facebook will have to adhere to German laws on Holocaust denial'

Despite Zuckerberg’s comments, the Justice Ministry in Berlin said on Thursday that Facebook must stick to German laws which ban Holocaust denial.

Zuckerberg's remarks have fuelled further criticism of Facebook after governments and rights groups have attacked it for not doing enough to stem hate speech.

Officials in Germany, which has enforced a law imposing fines of up to 50 million euros ($58 million) on social media sites that fail to remove hateful messages promptly, made it clear that Holocaust denial was a punishable crime.

"There must be no place for anti-Semitism. This includes verbal and physical attacks on Jews as well as the denial of Holocaust," Justice Minister Katarina Barley said on Thursday.

"The latter is also punishable by us and will be strictly prosecuted," Barley said.

A ministry spokesperson said Facebook must adhere to German law and so far there had been no complaints that the firm had violated it.

Social media networks in Germany must delete or lock obvious criminal content within 24 hours of a filed complaint and other reported content must be resolved by the platform within a week.

"Nobody should defend anyone who denies the Holocaust," tweeted German Foreign Minister Heiko Maas, who introduced the Facebook law in his previous job as justice minister.

The justice ministry also said that Facebook and other big social media platforms must report to officials by the end of July on how effective they had been in deleting hate messages from their sites.

A Facebook spokesman in Germany referred Reuters to Zuckerberg's later statement which clarified his comments, saying he didn't intend to defend the intent of people who deny the Holocaust.

Online anti-Semitism has become a "worrying phenomenon" in Germany, a study by the Technical University in Berlin, which analyzed more than 300,000 entries from Facebook and other online forums, showed earlier this month.

The proportion of anti-Semitic content in German social media rose from 7.5 percent in 2007 to more than 30 percent in 2017, the study showed.

Josef Schuster, the head of the Central Council of Jews in Germany said the study empirically proved that online anti-Semitism was increasing and becoming more aggressive.

"Because words will eventually be followed by deeds. Online anti-Semitism is not virtual, but a real threat," Schuster said.