Yotam Ovadia with his wife and children 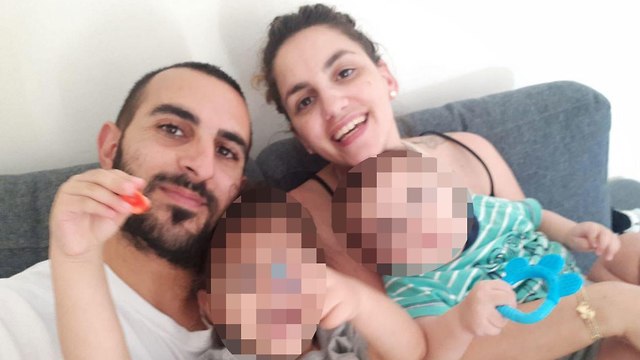 31-year-old Yotam Ovadia, a father of two who was repeatedly stabbed, was treated for hours in hospital before medics were forced to declare his death; funeral to be held at 1pm; civilian who shot the terrorist dead despite being stabbed in the shoulder recalls incident: 'I realized it was either me or him.'

One of the three victims of a stabbing terror attack that took place on Thursday night in the West Bank settlement of Adam succumbed to his wounds overnight and has been identified as 31-year-old Yotam Ovadia. His funeral will take place on Friday at 1pm in Givat Shaul Cemetery in Jerusalem.

Yotam Ovadia with his wife and children
Ovadia, who is survived by his wife and two sons aged two and seven months, arrived at the Hadassah Medical Center in Jerusalem’s Mount Scopus in critical condition where he was treated for hours before medics were forced to declare his death.

The attack took place shortly before 9pm when Mohammad Tareq Yousef, 17, from Kobar, infiltrated the settlement the through the fence, passed through a playground and stabbed two passersby. 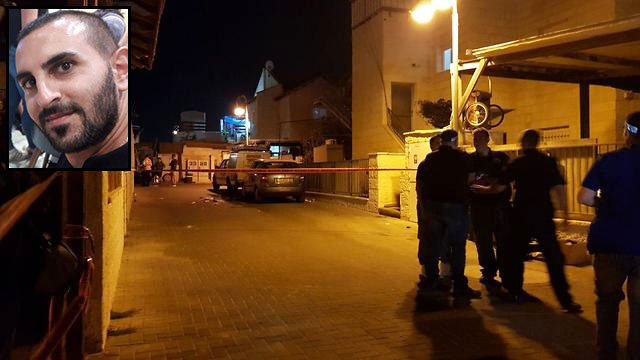 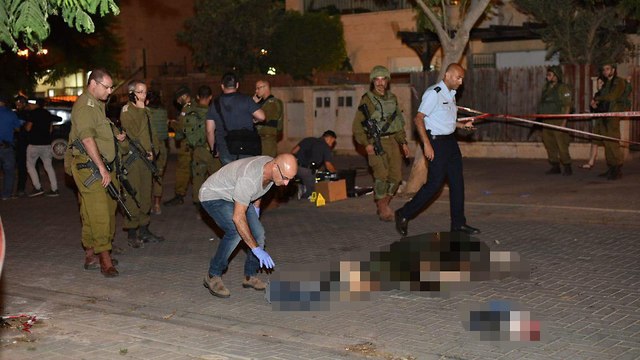 (Photo: Yoav Dudkevitch)
The other two victims were evacuated to the Hadassah Medical Center in Jerusalem’s Mount Scopus.

A woman was also taken to the hospital suffering from shock.

Assaf Ravid, who was lightly wounded after a brief scuffle with the terrorist before shooting him dead, recalled the incident, saying “I realized it was either me or him.” 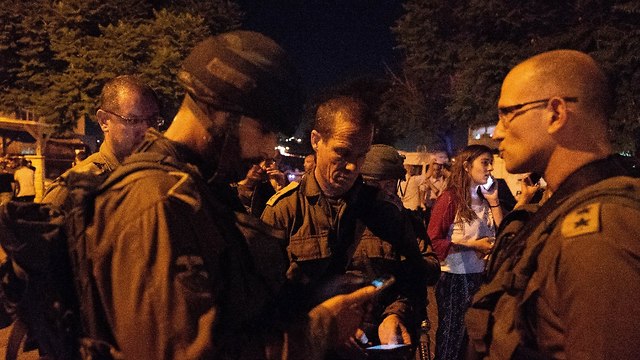 (Photo: IDF Spokesperson's Unit)
“I went out for a bike ride and put the bike in the car because I was going for a ride outside the community. I always have a gun in my bag,” Ravid said. “I heard the shouting so I went closer to see what the commotion was and suddenly the terrorist burst toward me and I asked him why there is a fight? What is going on? He looked at me for two seconds and took out a knife from his back pocket and then stabbed me in the shoulder,” he recalled. “I escaped from him since my gun was in my bag. I got it out, turned around and he was standing opposite me. He realized he had no chance. I shot him once and he continued to walk in my direction so I shot him two more times. Then he fell,” he said. 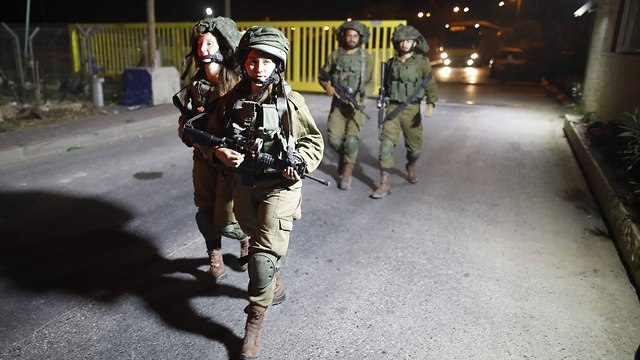 “I couldn’t really see. When I approached him he was covered in blood. Then I realized there has been a terror attack. While he was pulling out the knife I realized it was either me or him.”

Head of Mateh Binyamin Regional Council Avi Roeh said that the attack served as a stark reminder of the challenges still faced, despite the sharp decrease in the number of stabbing attacks. 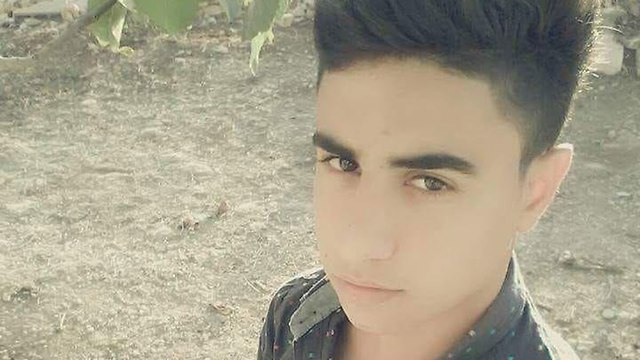 “It has been relatively quiet recently but here is another reminder that the struggle for our home continues. This is a large and established community extremely close to Jerusalem. It isn’t a small community far away,” he said.

“We will continue in the way that we are going—we will build, develop and grow the settlement enterprise,” he vowed. “The council will assist the community and the affected families with everything needed. We are with the community of Adam in this difficult hour.”