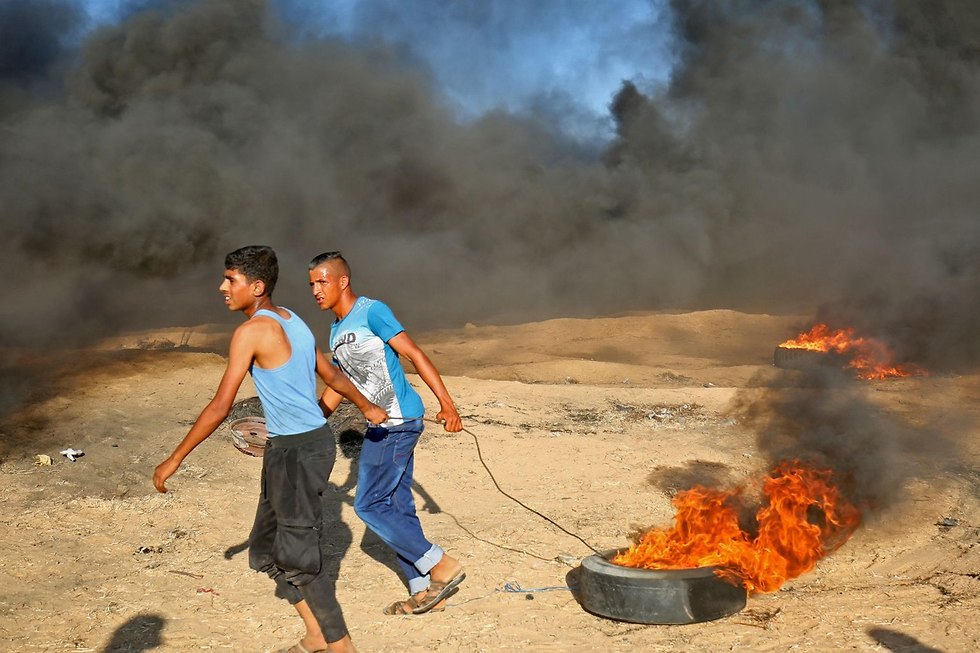 The Favela of Gaza

Op-ed: Amid talks of a possible long term arrangement with Hamas, it becomes clear Israel doesn't want any wide scale agreement since its government is sustained by the status quo; Improving a situation in Gaza will strengthen Hamas politically and change the perception that it's an irredeemable terror entity that cannot be reasoned with.

The current Israeli government has an obvious interest in the survival of the Hamas government in Gaza. The reasons are clear to anyone who sees beyond the rhetorical smoke screen.

The current Israeli government is being sustained by the status quo. The fact that the Gaza Strip is controlled by an extremist Islamic organization that advocates terrorism and the destruction of Israel is an important bargaining chip.

Had the Gaza Strip been controlled by a more moderate organization, it would have been far more difficult to explain both Israel's political intransigence and the blockade imposed on the strip.

With Hamas in Gaza and Palestinian Authority in the West Bank, everything is simpler. Hamas is too strong, Mahmoud Abbas is too weak, that way there is no partner for negotiations, and until one emerges, we can continue to build settlements and destroy Israeli democracy, in order to ensure that a suitable partner will never emerge.

Israel should not be blamed for the policies of Hamas. Although Israel’s policy affects the emergence of protests in its areas of influence, it is doubtful that it has any responsibility regarding the nature of this protest, which generally tends to demand the enactment of Sharia law and legitimization of terrorism.

So far, so good. The Israeli government enjoys the advantages of the current situation and would like for it to continue as long as possible. This means that Hamas must continue to govern Gaza (Netanyahu and Lieberman have no interest in conquering the strip in a wide scale and bloody war).

Having said that, Israel wants the Hamas government to be as weak as possible. If Gaza thrives under Hamas, its status will be strengthened and strong Hamas is bad for Israel. Add to this the justified terror threat, and here it is—the Gaza blockade.

If everything is so good, why is it so bad? The problem is that contrary to the popular belief that after the disengagement, Israel turned its back on the Gaza Strip, the opposite is true.

Although Israel is not in charge of the daily lives of the Gaza residents, Israel controls it for all intents and purposes, apart from internal management. Pay attention to the fact that Israel does not recognize Hamas as a legitimate political regime. For Israel, the Gaza Strip is a no-man's land.

Israel enters and leaves Gaza as it pleases. It controls the airspace and the territorial waters of the strip and manages the imports and exports of goods. If you want an appropriate comparison, Gaza is less than a neighboring country and more of an armed Favela in a Brazilian city.

The state, in theory, is interested in the collapse of the hostile organization that controls it, but enjoys the exemption from civil obligations that the regime in Gaza allows. The government forces enter it from time to time with a great deal of noise, but usually they allow it to just run "by itself."

This does not mean the Favela is not part of the city and state that controls its resources. Until an agreement is reached, the Favela of Gaza is technically part of Israel and since Israel refuses to allow anyone else to do so, it is obligated to allow the Gaza residents to live a reasonable life, like all human beings.

How can we achieve this without strengthening Hamas? There are quite a few options, from the the security forces’ proposal to eliminate a humanitarian crisis in the strip, and to Minister Katz's proposal to establish an island off the Gaza coast that will provide its residents with services under Israeli supervision.

As far as the Palestinians are concerned, Israel treats them inhumanly, and those who are treated that way are radicalized. Extremism sustains the deadlock. It does not serve the national Israeli interest.