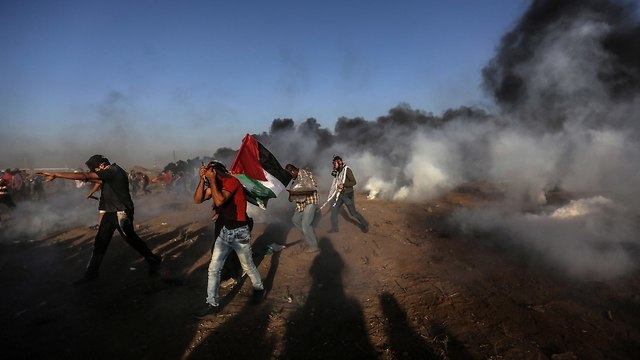 What do the three players stand to gain from the Gaza ceasefire deal?

Analysis: A wide-scale ceasefire arrangement between Israel and Hamas is the best option of all the alternatives Israel has to consider; All three players involved in the potential deal have something to gain in this scenario; For Israel—quiet on the border, Egypt will get the isolation of ISIS in the Sinai, while Hamas will get a form of legitimacy and a promise of economic aid.

It appears Israel and the government in Gaza are nearing an agreement on an "arrangement," and that is a good thing. Out of all of the alternatives Israel faces, this is the "lesser of evils."

The main factor that makes this agreement possible is the change to the Egyptian position. Until recently, the Egyptians demanded that as part of the agreement the Hamas government must agree to give up its authorities—including security—to the Palestinian Authority, tying the agreement with Israel to the internal Palestinian reconciliation. Hamas was in no way willing to swallow this bitter pill. And so, despite the fact both Israel and Hamas have a shared interest to reach a ceasefire, it could not be achieved because of the joint demand from Cairo and Ramallah.

Recently, the Egyptians have given up that demand, and instead they are willing to settle for Hamas committing to stop its aid to the ISIS branch operating in the northern Sinai Peninsula. This is a price Hamas can afford to pay.

And so in this situation, the three players—Israel, Hamas and Egypt—are all focusing, and rightly so, only on the narrow, most vital interests. For Israel, that interest is of course quiet on the border; Egypt will get the isolation of ISIS in the Sinai; while Hamas will get a form of legitimacy and a promise of economic aid.

(Photo: AP)
It's important to understand Hamas would not have been able to accept the formula of "quiet for quiet," because in such a case it would've been left to deal with a worsening economic crisis entirely on its own. Israel has erred for a long time in refusing to recognize that. The Israeli position, which was somewhat sanctimonious, was to emphasize its willingness to send hundreds of trucks carrying food into the Gaza Strip every day. It's not enough. When the unemployment rate in the strip reaches 60-70 percent, the residents have no purchasing power even if the food does arrive. Moreover, to prevent further exacerbation of the economic and humanitarian crisis in Gaza, there must be infrastructure for that. You can't have a state (and Gaza has been a de facto independent state for 12 years now) with electricity that runs only five hours a day, no water in the tap, overflowing sewage and hundreds of destroyed buildings.

Kerem Shalom border crossing (Photo: AFP)
The moment Israel, Egypt, and gradually some parts of the international community, have given up the political aspiration of reinstating Abbas in Gaza, a real opportunity was created both to reach an agreement with Hamas and to rehabilitate the infrastructure in that miserable enclave. The promise of a long-term quiet won't be achieved solely based on Israel's power of deterrence, but also by convincing the donor countries to condition their aid for infrastructure on Hamas's commitment to keep the peace. Therefore, Israel needs to encourage European nations and Arab states to reach agreements with the government in Gaza (yes, with the government there, and not behind its back) on vital projects of infrastructure, while at the same time caution Hamas that if the peace is not kept, Israel would go back to attacking with full strength, and then all of the efforts and money invested in rehabilitating the strip would go down the drain. Instead of dodging and stuttering and continuing to recite that we won't talk to a terror organization, it's better to acknowledge the reality according to which Gaza is a state and has a stable government, which was elected in a fairly democratic manner.

Ismail Haniyeh and Saleh al-Arouri (Photo: EPA)
In this regard, we should also consider the regular contradiction in our position. When an errant organization like Islamic Jihad is shooting rockets at Israel, Israeli officials are quick to say that "We consider Hamas responsible for keeping the peace." We're willing to recognize Hamas's authority to run the military matters in the strip, but unwilling to recognize its authority to run the civilian matters. What's the logic in that? It's better to see reality as it is, favor the use of one giant stick along with one giant carrot, and focus on what's truly important to us. And a word on the MIAs and POWs: It is precisely a broad agreement that could facilitate the return of our sons for a reasonable price of freed terrorists. The explanation is simple: When there are several topics on the table, the different players' priorities are different. What matters most to one side, could matter less to the other, and vice versa. In such a way, it's easier to achieve mutual concessions. The MIAs and POWs issue is the only issue in which the other side—whether it's Hezbollah or Hamas—has more leverage than we do. That is why it must not be isolated and discussed separately. As evidence to that is the price we paid in the Gilad Shalit deal.