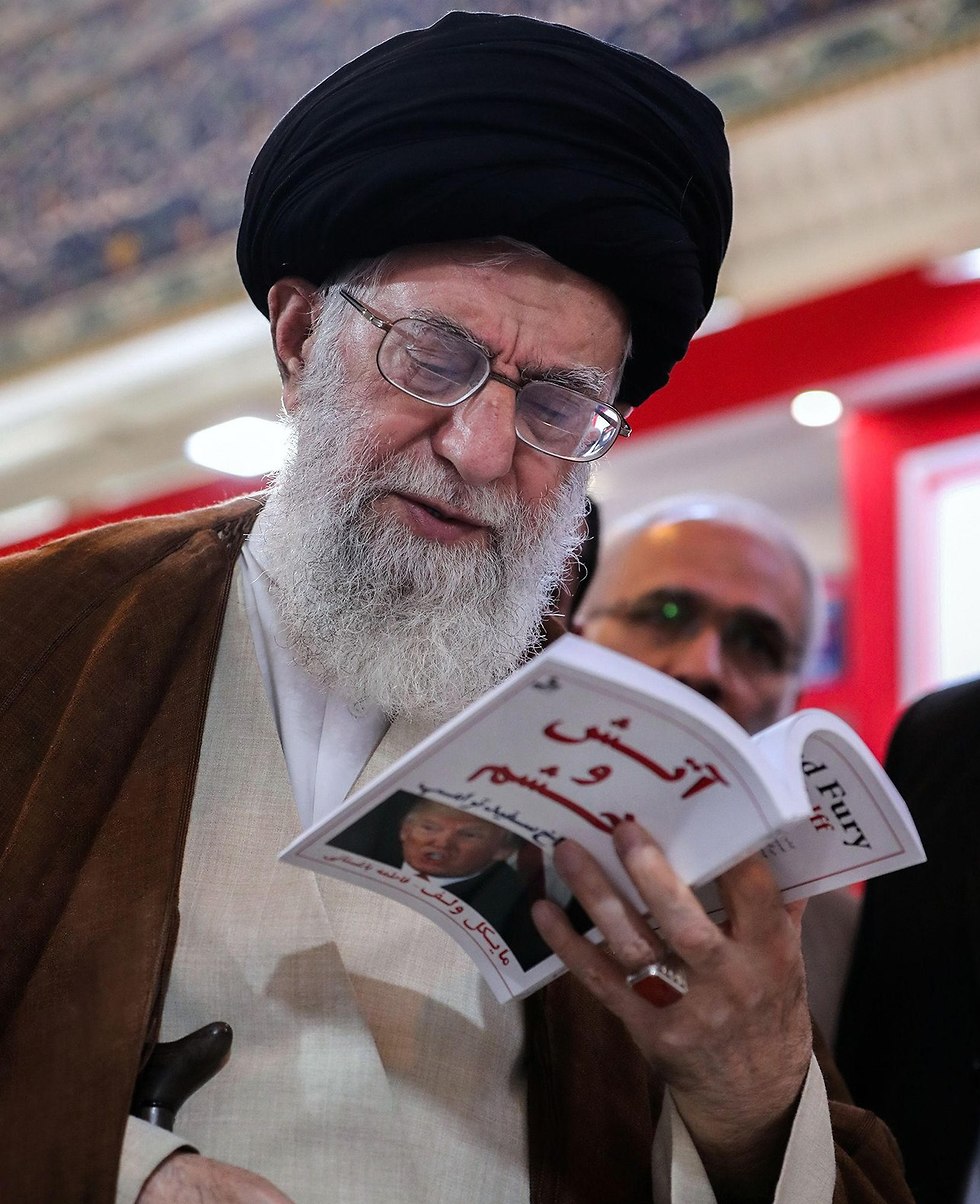 The supreme leader of Iran questions European countries' ability to save the 2015 nuclear deal after US exit, and says Iran will not speak to 'indecent' US officials; Meanwhile Iran's government is under pressure as economic problems mount.

Iran's Supreme Leader Ayatollah Ali Khamenei on Wednesday cast doubt on the ability of European countries to save Iran's 2015 nuclear deal with world powers, now under threat following a US withdrawal, and said Tehran might abandon the agreement.

Khamenei cautioned Iran's President Hassan Rouhani not to rely too much on European support as he came under increased pressure at home over his handling of the economy in the face of US sanctions, with key ministers under attack by parliament.

Khamenei holding a book about the US administration (Photo: AFP)
Following US President Donald Trump's exit from an international accord that would curb Iran's nuclear ambitions, European powers have been scrambling to ensure Iran continues to get the economic benefits needed to keep it in the nuclear deal.

But in his comments published on his official website Khamenei told Rouhani and his cabinet on Wednesday: "There is no problem with negotiations and keeping contact with the Europeans, but you should give up hope on them over economic issues or the nuclear deal."

"The nuclear deal is a means, not the goal, and if we come to this conclusion that it does not serve our national interests, we can abandon it," Khamenei was quoted as saying.

Khamenei set out a series of conditions in May for European powers if they wanted to keep Tehran in the deal. They included steps by European banks to safeguard trade with Tehran and guarantee Iranian oil sales.

Speaking at the same meeting on Wednesday, Khamenei said Tehran would not negotiate with "indecent and confrontational" US officials to reach a new agreement on its nuclear program because Washington "wants to boast they managed to bring Iran to the negotiation table."

Khamenei told Rouhani and his cabinet to work "day and night" to resolve the mounting economic problems which include the collapse of the Rial currency and surging unemployment.

"We need to be strong in the economic field ... The officials should work hard day and night to resolve the problems," Khamenei said.

Trump on the cover of an Iranian newspaper (Photo: AFP)

But at the same time he appeared to call on Iran's parliament not to press too much on Rouhani who has been severely grilled over economic performance. Officials should unite against US pressure, he said, since publicizing differences would only make the nation unhappier.