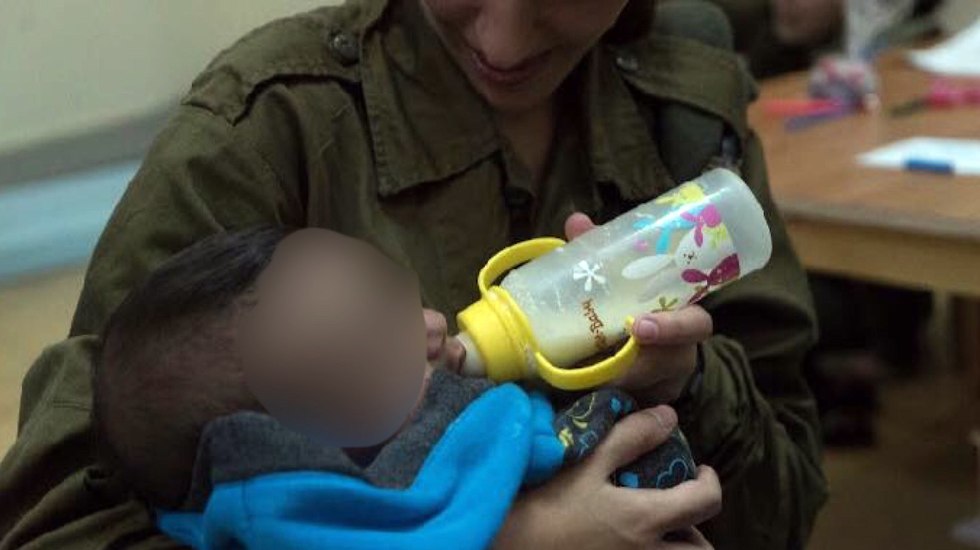 After years of supplying humanitarian aid, including medical supplies and food, to thousands of Syrian civilians wounded in the Syrian civil war, IDF winds down Operation Good Neighbor as Assad regains control over the country; 'This was another expression of the values that guide the IDF's actions,' says military.

The IDF announced on Thursday evening that is putting an end to its years-long operation that provided humanitarian aid to thousands of Syrian civilians who fell victim to the civil war that has ravaged the country since 2011.

The military said that it was terminating “Operation Good Neighbor” in the wake of Syrian President Bashar Assad’s return to control over the country having almost fully recovered all territory lost in the 7 years of fighting.

(Photo: IDF Spokesperson's Unit)
The operation, which was given its official name two years ago after years of the IDF already providing aid, is being brought to a close, the IDF said in a statement, “after two years of complex, diverse and extensive humanitarian activity which provided aid to tens of thousands of Syrian civilians."

(Photo: IDF Spokesperson's Unit)
Many of the Syrians who were made homeless by Assad’s onslaught on rebel fighters have expressed open gratitude to Israel for the operation, which included the creation of field hospitals on its northern frontier. In July, a Syrian refugee who fled the southwestern city of Daraa in Syria—along with tens of thousands of others—amid the fierce fighting in the area that had precipitated the flight of some 160,000 Syrians to the Israeli and Jordanian borders, praised Israel’s “noble stance” for the succour it had offered to the suffering refugees.

(Photo: IDF Spokesperson's Unit)
“We saw a very noble stance by the Israeli side, both by the aid that it sent and in its treating of the wounded,” said a man, identified as Sa’id, who escaped the village of Giza located on the outskirts of the Daraa province as Syrian government forces widened a major offensive against rebels. The aid transferred by the IDF throughout the course of the operation has included food, medical supplies, clothes and more.

(Photo: IDF Spokesperson's Unit)
According to the IDF, the years-long humanitarian activity has seen the treatment of some 7,000 Syrian children in a field hospital which has been operating over the last year. Another 1,300 Syrian children were treated in other hospitals, including inside Israel, as part of a subsidiary operation known as Operation Doctor’s Appointment.

In total, the IDF transferred to southern Syria some 1,700 tons of food, around 630 tents, 40 vehicles, 20 electricity generators, 20 transportable buildings, and approximately 1,100,000 liters of fuel.

(Photo: IDF Spokesperson's Unit)
“The extensive aid activities that were led by the IDF in the Syrian side of the Golan Heights is another expression of the values that guide its actions, including lending a supporting hand during tribulations of civilians in need of help, even beyond Israel’s borders,” the IDF statement said.

In June, the IDF delivered about 60 tons of humanitarian aid to the Syrian Golan Heights in an overnight mission after some 120,000 fled the southwestern part of the country in the wake of the Syrian army's onslaught in the area.

(Photo: IDF Spokesperson's Unit)
During the special overnight operation, some 300 tents, 13 tons of food, 15 tons of baby food, three pallets of medical equipment and medicine and some 30 tons of clothes and shoes were transferred into Syria from four different spots on the border.