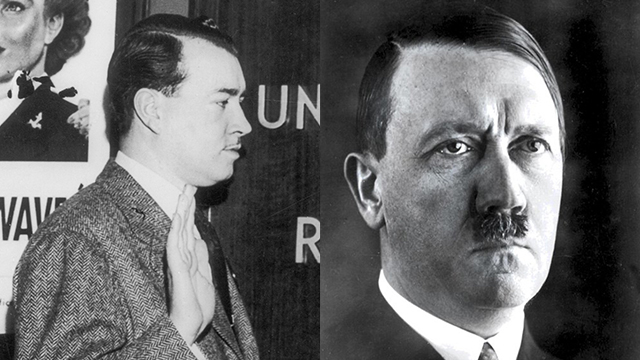 The Hitlers of Long Island

Hitler’s last surviving relatives—great nephews—live on Long Island, NY, revealed a German newspaper. Apparently, one was close to marrying a Jewish woman, but the wedding was called off when she became aware.

Hitler’s last surviving relatives—two great nephews—live on Long Island, New York, and have refuse to speak to the media over the years, according to the German newspaper the Bild.

One of the three brothers has now chosen to expose his family’s history and shared the fact that one of his siblings was on his way to marrying a Jewish woman, but the wedding was called off after the truth was revealed.

The Bild was trying to trace down the Führer’s nephew’s family and found them on Long Island; The New York Post called them “The Hitler’s next door.”

The three brothers are the children of William Patrick Hitler, Hitler’s nephew, and are his sole known descendants.William was born in the UK, the son of the Nazi ruler’s half brother. He became famous even before the war, when he gave interviews to the UK media and was known as “the English nephew.”

Adolf and William Hitler (Photo: Getty Images, AP)
This did not go without notice and Hitler summoned William to Berlin to reproach him for exposing family details to the press. A few years later he left England, travelled to the US and settled there. He even joined the US Navy in order to fight in the war. According to the Bild, William moved to Long Island after the war, and changed his last name twice—until he settled for Stuart-Houston. He died in 1987, at 76. William's children, Alexander, Louis and Brian Stuart-Houston, refused to speak to the media throughout the years. Now, Alexander, the middle child, 68, has agreed to say a few words—and revealed that his second name is Adolf. He also revealed an amazing detail, sharing the fact that one of the three great-nephews was supposed to marry a Jewish woman, who cancelled the wedding after she learned of his family’s history.

William Patrick Hitler being sworn-in to the US Navy. (Photo: Getty Images)
Alexander responded to the rumor previously published, that he and his brothers have decided not to have children in order to end the Hitler bloodline. He said it was nonsense and that “such an agreement never existed.” He added that a fourth great-nephew, Howard, who was married and died in 1989 in a car crash, never had a chance to have children. Alexander also spoke of political affairs, and said that he supports Angela Merkel, and would have voted for her if he could. He added that he and his brothers are Republicans, but that he personally is not fond of President Donald Trump.

Apparently, the three brothers considered writing a book revealing all the details of the family story, but ultimately decided against it, as they wished to remain anonymous.

“We will never do it, not for all the money in the world,” said Alexander.

Louis and Brian, who live nearby, refused to speak to the media.

One neighbor admitted to knowing his neighbors’ family history, but said that “they are lovely people and cannot be blamed for things their relatives did.”