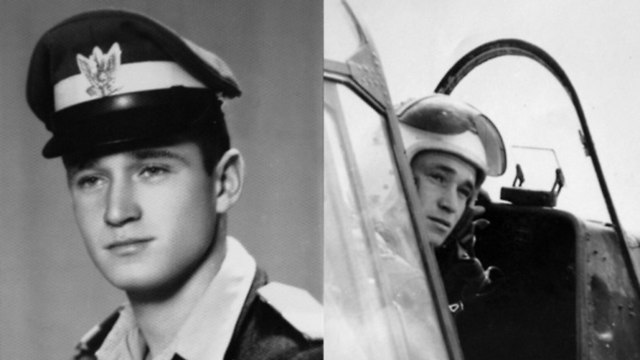 IDF says the body of Lt. Yakir Mordechai Naveh, whose fighter jet crashed into the Sea of Galilee in 1962 during a training flight, was found last week among the wreckage of the plane, during the 12th search operation conducted by the IAF to locate the missing pilot.

The remains of the Israel Air Force (IAF) pilot Lt. Yakir Mordechai Naveh—whose plane crashed into the Sea of Galilee during a training flight in 1962—had finally been recovered, according to a statement released by the IDF Spokesperson's Unit on Tuesday.

"On Thursday, October 25, 2018, during a search operation, Yakir’s remains were located among the wreckage of the aircraft in the Sea of ​​Galilee and had been transferred to the Forensic Institute. The IAF was at the helm of the operation and was supported by several other units,” stressed the IDF in an official statement.

"On October 16, 2018, the 12th search operation for the remains of Yakir went underway … using new and advanced technologies provided by a company that was chosen especially by the Ministry of Defense,” read the statement, adding that throughout the years the IAF has not contact with the bereaved family and kept them updated regarding the progress.

“This effort is part of the IDF's moral and ethical obligation to locate all the prisoners and missing persons, which includes fallen IDF soldiers whose burial place is unknown," concluded the military in a statement.

Naveh enlisted to the IDF in May 1957 and initially served as an Airborne Mechanic, but eventually he managed to fulfill his dream and become a fighter jet pilot. On May 6, 1962 Naveh and IAF Cadet Oded Cotton embarked on a training flight, from which they did not return.

One year after the tragedy, Cotton’s body had been found amid with the wreckage of the plane. Naveh was declared a fallen IDF soldier whose place of burial is known. The EITAN unit (Unit for Detecting Missing Soldiers) continued to monitor the case closely.

Lt. Naveh left behind a wife. A monument in his memory was erected in the Missing Persons section of the military cemetery on Mount Herzl in Jerusalem. A public park in Ramat Gan was named after the late pilot as well.

One IAF officer said that the Neveh family was “in tears,” after receiving the news.

“It has come full circle after too many years. This is an exciting and unusual event. The biological identification was done through DNA barcodes.

"The body was discovered four kilometers northeast of Tiberias. Yakir's nephew, Lt. Col. (res.) Yakir Lapid, who was named after Naveh, participated in the search,” stated the officer.

Lapid later issued an official statement on behalf of the family.

"We are still in the initial stages and the process is still ongoing," he said.

The pilot’s funeral will take place on November, 13, 2018, at Kiryat Shaul Cemetery.

The latest search operation had an environmental impact. Last week large quantities of aluminium had been found in water in Tiberias, which lead the authorities to dilute the Sea of ​​Galilee water with water from another source. The reason behind the traces of aluminium was the fact that the IAF was conducting the operation near the pumping station.