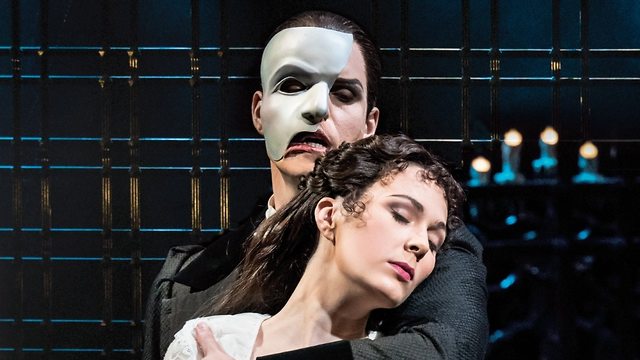 The Phantom comes to Israel

The Angel of Music from the West End and Broadway, the famous Phantom of the Opera, is to perform in Israel for the first time next summer; After more than 140 million people watched it worldwide, Andrew Lloyd Webber's 1986 musical is touring the Middle East—Israel, Abu Dhabi and Singapore.

The Angel of Music from the West End, the famous Phantom of the Opera, is to perform in Israel for the first time next summer

One of the world’s most successful musicals of all times, the Phantom of the Opera is to arrive in Israel for the first time this August.

The musical, famous from London's West End and New York's Broadway, is to perform in the Israeli Opera in Tel Aviv as part of tour in Asia, including Abu Dhabi and Singapore.

The Phantom is brought to Israel by producer Moshe Yosef, and seat prices are to range between NIS 199-699.

The musicals plot is based on Gaston Leroux's gothic novel from the beginning of the 20th Century. It takes place in the Paris Opera House where the phantom, a ghostly and disfigured musical genius, falls in love with a beautiful young soprano, Christine.

The dark love story is suspenseful and tragic and incorporates classical music, rock and light opera, alongside impressive costumes and set.

The story was made into a musical by the legendary Andrew Lloyd Webber, who wrote the music, and debuted in 1986 on the West End. It became one of the world's most famous musicals and grossed an estimate of $5.6 billion. More than 140 million viewers watched it since, in 37 countries and in 16 languages. It won several awards among which a Tony and an Olivier.