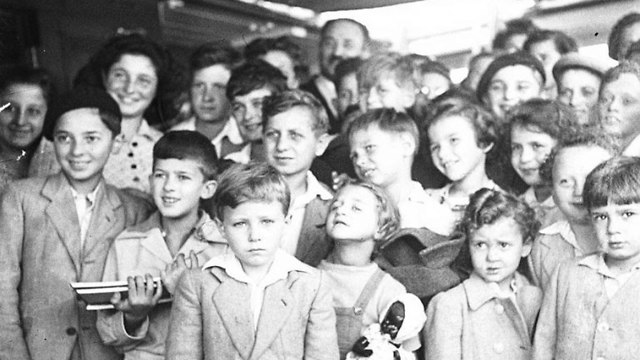 The Israeli branch of the non-profit platform releases 28,000 images, which were not accessible until now; 'We believe that these photos are an integral part of the history of those living here and around the globe,' says executive director at Wikimedia Israel.

An extensive secret project has led to the publication of 28,000 historical photos from pre-state Israel on Wikimedia Commons. Led by Wikimedia Israel, the Israeli branch of the non-profit Wikimedia platform whose goal is to freely distribute media content online, the newly released images had been scattered in various archives and were not readily accessible until now.

The treasure trove of pictures all date to the end of the Ottoman Empire and British Mandatory Palestine, and features snapshots of life in the Holy Land in the early 20th century before the establishment of the State of Israel in 1948. Various communities are depicted, such as early Jewish settlements and Druze villages.

“According to Israeli law, these images taken from 1900-1946 are public domain and thus belong to the public,” Michal Lester, executive director at Wikimedia Israel, told The Media Line. “Israeli archives have not generally made these images available to the public in such a way that they are easy to find.”

According to Israeli law, images are under copyright for a period of 50 years following their creation. According to Lester, the project was kept under wraps as the method developed to cull the images that had not been tested before.

Palmach training in Caesarea in 1944

“We used a new technological tool that took pictures from all these different archives, all while ensuring that they are copyright-free,” Lester stated. “We believe that these photos are an integral part of the history of those living here and around the globe. It’s very important for us that they be free for the public to use so that’s why we uploaded them to Wikimedia Commons.

“Only once we were certain that the materials were credible and high-quality (did we announce this campaign),” she continued, stressing that the scope of the project should lead to greater interest in Israeli archives and drive more traffic to their own websites.

Aside from the technical difficulties of locating materials and preparing them for publication, the organization faced several challenges with regard to working with the archives themselves.

“Some of these bodies were suspicious that if we make these materials available on Wikimedia, they will no longer receive any online visitors to their own websites,” Lester explained. “Because of this, it was very difficult to collaborate on this project.”

Wikimedia Israel claimed that a few archives refused to join the project, including the Israel State Archives and the Central Zionist Archives (CZA).

“Unfortunately, the CZA did something we believe to be terrible—they added watermarks to their pictures. This is not something that’s done to old photos, which are public property,” Lester concluded.

The CZA refuted Wikimedia’s claims about not making materials accessible, without however addressing the watermarks on public domain materials.

“At CZA, we do our utmost in order to preserve archival materials at optimal conditions, by using the most advanced technologies,” Dror Morag, Chair of Zionist Enterprises Department at the World Zionist Organization, which manages the Central Zionist Archives in Israel, wrote in a statement to The Media Line.

“The doors of CZA are open to the general public, who are welcome to come view and use various materials. Whatever is not available online has not yet been digitized, a process that we are regularly working on at the archive to enable all documents to be digitally accessible, while respecting copyright when necessary.”

When contacted by The Media Line, the Israel State Archives said that it “welcomes any fair use of the archive materials available on its website, including photographs. The Archives encourages the general public to continue to make wide use of the materials with proper attribution.”

Ultimately, Wikimedia hopes institutions will be more willing to collaborate in the future and that any lingering distrust towards the distribution of historical materials online will dissipate.

The National Library of Israel—which houses millions of manuscripts, ancient maps, books, photographs and other archival materials—has already joined forced with Wikimedia and is working to digitize 11,000 photographs. The images in question were mostly taken in 1940-1960 from a collection donated by Dan Hadani, who ran a photographic news agency for several decades.

“The National Library of Israel and Wikimedia have a long record of partnership,” Yaron Deutscher, head of the Digital Access Division at the National Library, affirmed to The Media Line. “In fact, every month we host a special course for Wikipedia editors, and part of our cooperation is also uploading copyright-free materials onto different Wikipedia websites.”

The first part of the Dan Hadani project is expected to be complete in the coming months, after which another batch of images will also be made available.

“This initiative is part of the library’s policy of open data and expand knowledge. Our final goal is to make as many materials as possible free for the public to use in any way that they want,” Deutscher concluded.