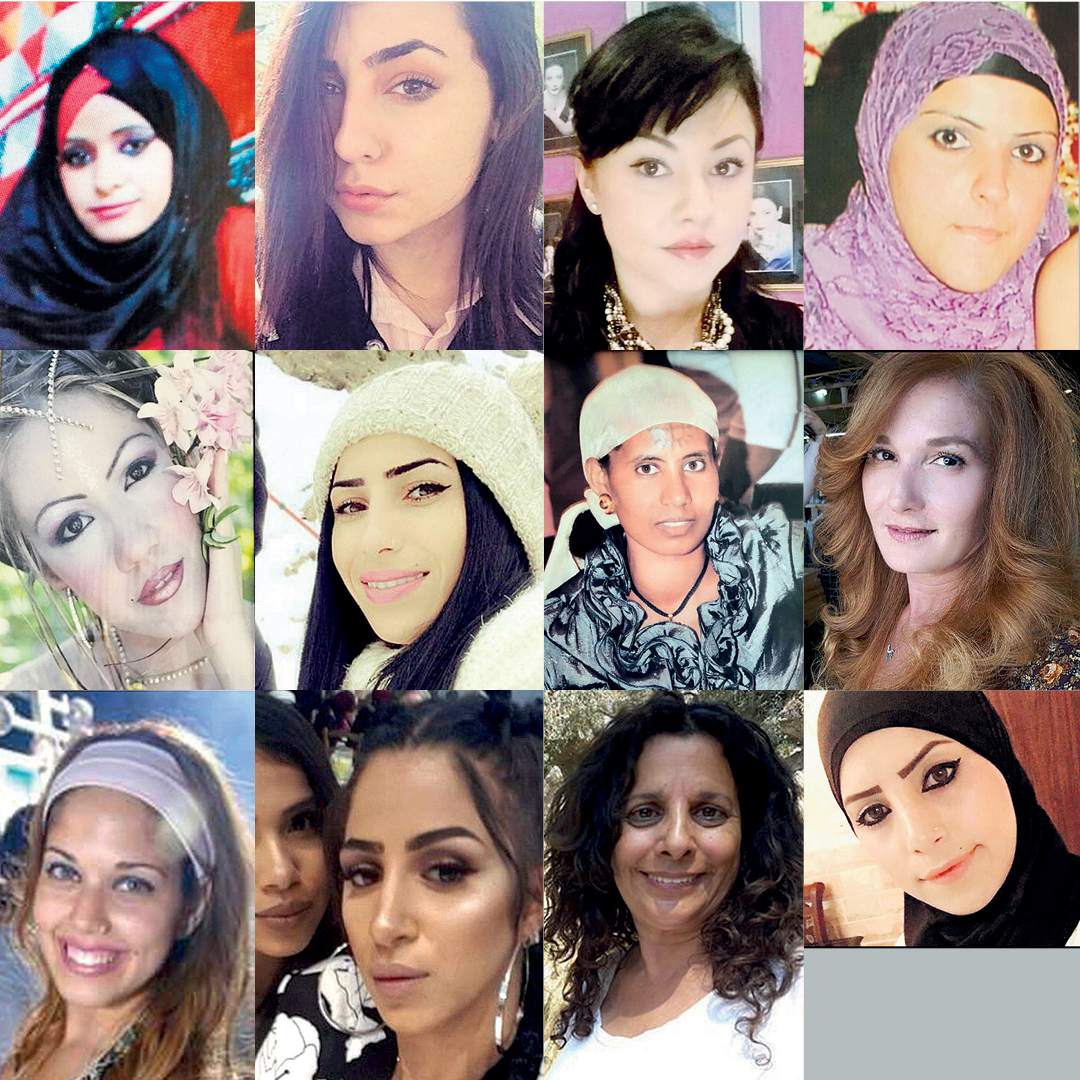 Ahead of the International Day for the Elimination of Violence against Women, WIZO publishes data on domestic violence; 21 women—30% increase from last year—were murdered by their relatives since the beginning of 2018.

WIZO, the Women's International Zionist Organization, released its domestic violence index last week in preparation for the International Day for the Elimination of Violence against Women, according to which the number of women murdered by their relatives since the beginning of 2018 has continued to rise and stands at 21— a 30% increase from last year.

About a month has passed since a group of female activists protested against domestic violence, but so far, nothing has changed.

According to the organization, more than 13,000 women have been treated for violence in the past year. Just last week, a man from a Bedouin town in southern Israel allegedly shot his sister, 43, to death.

Women who were murdered during past year
About half of the women murdered in the past two years had filed complaints with the police. In addition, according to WIZO's report, some 200,000 battered women live in Israel, as well as half a million children who witnessed abuse. The police open an average of 50 domestic violence cases on a daily basis.

'I was afraid he would murder me'

"My husband was abusive towards me in every sense—verbal, mental, financial and physical," Rachel (alias), a mother of two in her 30's, said.

"If he didn't like the food I cooked or if I said something that upset him, he would throw the entire Shabbat table on the floor and pull the head covering off my head. When I mentioned going to the police or brought up divorce, he threatened to kill me," she continued.

Rachel (alias)
Her son also suffered from his father's verbal abuse. Rachel explained that the effect domestic abuse had on her son is what prompted her to seek help. I decided to seek help after seeing that my son's condition was deteriorating. He became very introverted and quiet, and did not communicate with other kids. He even started stammering and suffered from anxieties. At some point he started saying he wants to die and wrote suicide letters—at the age of eight. " However, Rachel was too afraid to turn to a women's shelter. "Once a week, for four years, I received treatment in a violence prevention institute close to home, without my husband's knowledge. They suggested I'd go to a shelter, but I was too afraid he would murder me, so I stayed," she confessed. After filing a complaint with the police, the court issued a restraining order against Rachel's violent husband. Nevertheless, the abuse continued. "He took the cars and credit cards, and when I managed to get a car he slashed its tires. My son would meet with him without supervision and come back to me in a catastrophic state—shouting and having fits of rage. It was then that I realized that we were in immediate danger, and so we moved into a shelter. " At the beginning, living in a shelter wasn't simple, but Rachel and her children adapted with time. Today, in retrospect, she is certain she made the right decision.

"When we entered the shelter, I was in shock, I wanted to run away. The staff did not give up on me and helped me through it all; they even offered assistance with legal proceedings.

"After a year and two months I got divorced and moved out of the shelter. Today, my ex-husband has someone else, so he is less preoccupied with me. I insist on living far away from him, I live in the south and he lives in the north. I rented an apartment and found a job and I hope to find success in my new life," Rachel concluded.

Fifty-nine % of the women, who received treatment in women's shelters in 2017, did not go back to live with their assailant, as opposed to 19% who did. Some 13% received follow-up treatments, and the remainder either moved to social services funded apartments or provided no information about their whereabouts.

The Executive Director of the Yachdav Association, Col. (res.) Yair Be'er, explains that the women's shelter in the south, in which Rachel stayed, is the only shelter in Israel that provides assistance to mothers of teenage children. This is a national pilot in which, for the first time, adolescents are not separated from their mothers and stay with them in designated apartments set up for this purpose.

"The treatment we provide, which focuses, among others, on empowering women, equips women with all the necessary tools they need to recover and lead an independent life," Be'er stated.

'Children who grew up with violence lose self confidence'

Galit (alias), a woman in her 40s from the north, has struggled for years with domestic abuse without anyone's knowledge.

Eight years ago, her husband broke a bottle of beer and slammed it in her face. "Only when I saw my sister with a bruised and battered face did I realize she kept the hell she was living in a secret," said Smadar (alias), Galit's younger sister.

Domestic violence often influences extended family members, friends and the battered women's immediate surroundings—they, too, bear the emotional and financial burden of coping with the situation.

"From the moment a woman is verbally, mentally, and physically abused, if she doesn't know how to stop the abuse, she might lose her self-esteem, and sink into despair," Smadar added.

We need to treat domestic violence like social terrorism

The president of the International Fellowship of Christians and Jews (IFCJ), Rabbi Yechiel Eckstein, explained that "To prevent the next murder, women must know that once they leave their violent environment, they will receive assistance until they manage to get back on their feet and be financially independent.

"The Israeli government must develop a comprehensive program, providing professional training, proper shelters to house all the women who need assistance, and financial help that will enable them to live with dignity," he added.

"The Lobby for the Prevention of Violence against Women headed by Knesset members Pnina Tamano-Shata (Yesh Atid) and Leah Fadida (Zionist union) held a special discussion this week, during which additional women told about the domestic violence they had experienced.

"When we hear such devastating testimonies, we should remember all those hundreds of orphan children, who are left alone in the world the day after (their mother's) murder," MK Tamano-Shata said.

"One of the things that shocked me, was discovering that after their mother's murder, the children are left coping with legal absurd procedures of properly division with the murderer.

"This week it was published that a woman, who cheated on her husband, would not receive 50 percent of (their joint) apartment. However, according to the law, a husband, who murders his wife, is entitled to 50 percent of their joint apartment, instead of passing the apartment on their children's names," she lashed out.

"Does the despicable murder should benefit from his crime? The prosecution signs plea bargains with first-degree murderers and convicts them with merely manslaughter just to get them to renounce the apartment," Tamano-Shata accused.

WIZO Israel Chairwoman Gila Oshrat called for the establishment of a national network to fight the violence against women. "Only a body, whose sole responsibility would be to fight violence against women, which will treat the killings of women as social terrorism rather than another marginal event in society, would be able to eradicate this phenomenon and address the matter on all required levels—policy, legislation, punitive measures, treatment and budgets allocation."

On Sunday, the International Day for the Elimination of Violence against Women, a rally in protest of violence against women was held at Tel Aviv's Cinematheque plaza.