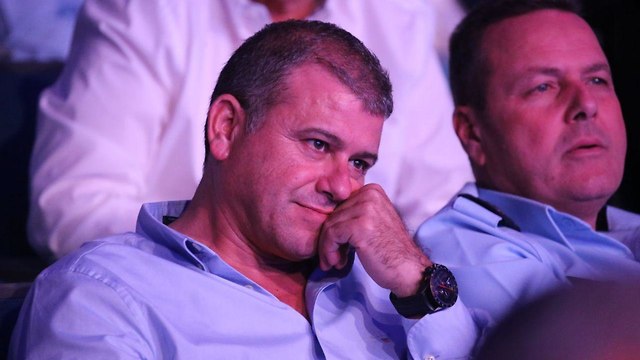 Advisory Committee for the Appointment of Senior Officials rejects appointment of Moshe Edri over his meeting with lawyer representing a man who is pressing charges against the former senior officer; Public Security Minister Erdan plans to fight for the appointment.

The appointment of Moshe Chico Edri, the prospective Police Commissioner, has been denied Friday in an unfolding drama in The Advisory Committee for the Appointment of Senior Officials in the Civil Service; the reason: Edri met with an attorney who represents a man who is pressing charges against him.

Shortly after midnight, the committee announced it has not approved the appointment. The reason cited for the decision is a meeting between Edri and the lawyer, Pini Flischer, who represents man, Rafi Rotem, who is pressing charges against Edri, several days before the prospective commissioner’s appearance before the committee.

Both Edri and the lawyer in question claimed they had met to discuss a different matter and not the complaint itself. Edri added that he is willing to take a polygraph test to confirm his version.

The commission chairman, retired judge Eliezer Goldberg, was the voice that called the vote. The commission, which was composed of four members, was tied, and Goldberg’s vote counts for two.

The two committee members who opposed the appointment cited additional issues reported in a report by the State Comptroller citing wrong judgment on Edri’s part throughout his career, during the time he commanded over the Traffic Police and the Jerusalem and Tel Aviv districts.

Public Security Minister Gilad Erdan has expressed his dismay with the decision, saying Edri is a worthy man who has devoted his career to fighting crime and terror.

Erdan says the committee failed to demonstrate any ethical problem with Edri’s behavior which would disqualify him from the appointment.

The chairman of the Advisory Committee and committee member Prof. Talia Einhorn said that even if they accepted Edri’s version about his meeting with Fischler, the fact that he met with a lawyer of a man who has filed a complaint against still constitutes improper conduct on his part. The two argued that this ordeal is likely to follow Edri throughout his time as commissioner, and will hamper the public’s trust in the police.

The two committee members who supported the appointment–Moshe Terry and Prof. Daniel Hershkowitz–argue that Edri’s meeting with Flischer should not change the committee’s previous impression that Edri should be appointed, stating that the meeting with Flischer did not touch on Rotem’s appearance before the committee. In addition, they claim the State Comptroller’s report does not accuse Edri of unethical conduct.

Rafi Rotem, who had complained against Edri, received protection from the State Comptroller for his role in exposing corruption.

Rotem said Edri had him arrested on illegal circumstances and that he was handcuffed for days and nights on account of charges he had insulted public servants who he had claimed are corrupted.

“Edri knew about and backed my arrest, which his criminal police officers carried out. He physically denied me the chance to give evidence for crimes and would not interrogate cases of tycoons who stole millions and billions. He needs to be judged for his crimes. I’m afraid of him,” said Rotem.

Justice Minister Shaked backed Erdan and supported the two committee members who approved the commissioner position. “The government is the one that appoints a commissioner, with the reference of the Public Security Minister. Terry and Hershkowitz were right and reasonable.”

“We can’t dismiss the person who is right for the job because of some meeting. Edri is an outstanding officer, and no person is perfect,” Shaked concluded.

Cohen’s term will be 45 days long, unless a new commissioner we be appointed sooner.