One of the Hezbollah tunnels
Photo: CNN 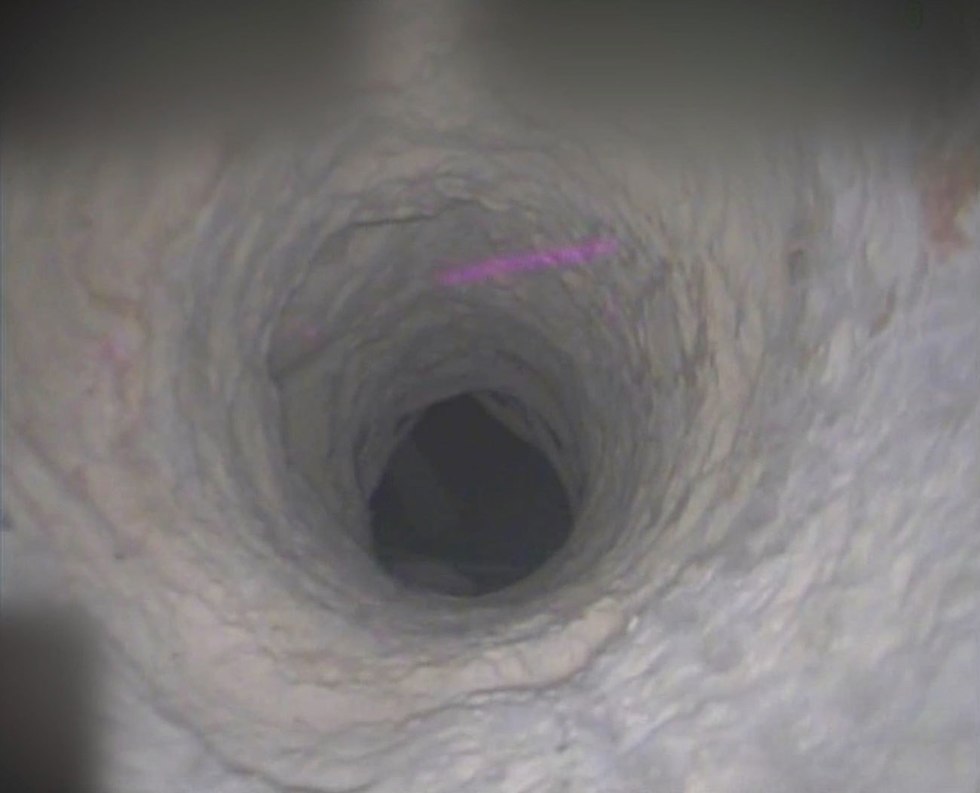 On eve of UN debate on the issue, Israeli army releases footage showing the Iranian proxy's subterranean passages, says group likely tried to block at least one as IDF launched operation to find and destroy them.

A day before the United Nations Security Council convenes to discuss Hezbollah's tunnels dug into Israel from Lebanon, the Israel Defense Forces on Tuesday released new footage from inside one of the captured passageways, showing its advanced construction.

Alsdo Tuesday, a former Lebanese minister claimed that as the tunnels were hidden underground, they could not be seen as a violation of a key UN resolution on Hezbollah and Israel.

The footage released by the IDF shows a tunnel with concrete reinforced walls, something that differs in construction to the other tunnels uncovered so far on the Israel-Lebanon border, which were dug through the rock.

The IDF believes Hezbollah fighters tried to block the tunnel after the launch of Operation Northern Shield on December 4.

IDF soldiers have located at least four cross-border Hezbollah attack tunnels over the course of the operation. According to the IDF, none of the tunnels that have been found, as well as others the military is trying to locate, poses a threat to the citizens of Israel. "Since the attack tunnels were first exposed, IDF soldiers have been analyzing them using a variety of means, including photography and research capabilities. The efforts to expose and neutralize the Hezbollah attack tunnels continue as planned," the army said in a statement.

The concrete-reinforced tunnel (Photo: IDF Spokesman's Office)
The IDF has yet to release the location of the concrete-reinforced tunnel. According to Lebanese reports, the IDF has been digging not only near the Israeli border town of Metula, but also close to Moshav Zar'it on the western part of the Israel-Lebanon border and in the Rafeket enclave in the Galilee. A former senior Lebanese government official claimed Tuesday that Hezbollah's tunnels and the weapons they keep underground do not constitute a violation of UN Resolution 1701.

"The tunnels, which have been present for a long time, don’t constitute any evidence of violation of Resolution 1701," former minister Tarek Mitri told the London-based, pan-Arab Asharq Al-Awsat newspaper. He was involved in the negotiations over Resolution 1701, which ended the 2006 Second Lebanon War between Israel and Hezbollah,  and later served as then-UN chief Ban Ki-moon's personal envoy to Lebanon.

An image taken from the Lebanese side of the border showing IDF troops destroying a Hezbollah tunnel
Mitri said that, "the article in the resolution that defines there would be no weapons south of the Litani River, with the exception of the Lebanon army and UNIFIL, does not directly address this matter. If there is nothing visible over ground, and if this weapon is underground, then it is not visible and therefore it does not exist." The Hezbollah-affiliated Al-Akhbar newspaper reported Tuesday that Lebanon rejected Israeli requests, passed through the US, to aid in the search for the tunnels. The report said that Israel had asked the Americans to put pressure on the Lebanese army to uncover tunnels and destroy them along with UNIFIL. A diplomatic source told the paper Beirut rejected the request and refused to discuss it further.

Al-Akhbar further noted that "in the information Israel provides the international forces, it notes it is having a difficult time carrying out the digging works in the way it would've liked in light of the conduct of the Lebanese army in the area."

The report also claimed that Israel told international forces in the area that, "it is experiencing difficulties in carrying out the digging work as it would like due to the conduct of the Lebanese army."

Meanwhile, a source involved in the IDF activity on the Lebanese border told Asharq Al-Awsat that the resolution was violated both by Israel and Lebanon a day after it was approved by the Security Council.

"Hezbollah and its media outlets said the resolution was a conspiracy against the organization. Iran's Revolutionary Guards were deployed in southern Lebanon, refusing to cooperate with Beirut after it asked Tehran to inform it of their activities," the source added.

UNIFIL confirmed Monday the existence of four tunnels on the Lebanese border, saying at least two cross the Blue Line from Lebanon into Israel. According to the UN force, this is a violation of Resolution 1701.