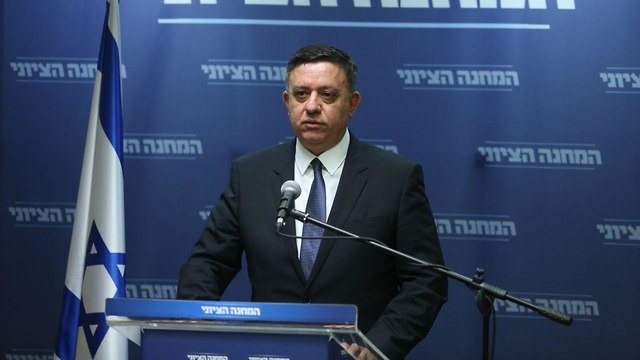 Gabbay: Elections are between Netanyahu and me

Zionist Union Chairman Avi Gabbay said he welcomed the early elections which he said are "vital for the future for the country," after an announcement by coalition leaders to disperse the Knesset and schedule elections for April 9.

"The State of Israel is on the verge of change. The facts are clear: these elections are between Netanyahu and me. All other political players have announced that they intend to sit in a government led by Netanyahu… I am aware of the burden of responsibility the prime minister carries and as prime minister I will lead the State of Israel to a better future, a future of change, a future of unity, a future of hope and belief that we can change. In April we will win and bring change to Israel."

Avi Gabbay (Photo: Alex Gomburg)
Opposition leader MK Tzipi Livni said: "We will be victorious. The die has been cast and with it the government will fall. Elections on the eve of Passover are the perfect opportunity to clean out the hametz (leavened bread). Election day will be a day of transformation. It must happen or the good of the citizens of Israel. Today, hope returns, we can breathe a sigh of relief. "I have no doubt that on his way out Netanyahu will try to destroy what's left of Israeli democracy," Livni continued. "We will continue to stand firm to prevent him from succeeding. He will of course also try to recruit the public for his interests. Our job is to declare that there is a clash of interests between Netanyahu and the Israeli public."

Gabbay and Livni (Photo: Amit Shabi)
Other Zionist Union MKs, including Sheli Yachimovitch and Meirav Michaeli also expressed joy at the collapse of the Likud lead coalition and early elections. "The public will judge which government it desires, one of hope or one of deadlock. We call on the other center-left parties to join us in bringing Israel the hope it anticipates," said a Zionist Union official.

Meretz Chairwoman MK Tamar Zandberg expressed her joy at the coalition's early demise. In an interview with Ynet she said: "I have been waiting for this a long time… The State of Israel deserves better and I am optimistic regarding the public's choice."

MK Ahmed Tibi (Joint List) congratulated the decision to end the term of the current government calling it a "racist government, a government of settlements and high cost of living… Every day shortened from its term is a victory for the population." Yisrael Beytenu Chairman Avigdor Lieberman said, referring to the coalition leaders' announcement regarding early elections: "I congratulate the coalition leaders on the decision. We already said last month that this government is in survival mode and barely functions. We want to make sure that despite the rumor mill, there is no deal between the Likud and the ultra-Orthodox parties regarding the draft bill. We are saying in advance that we will condition our joining a future coalition in that the draft bill will not be changed."