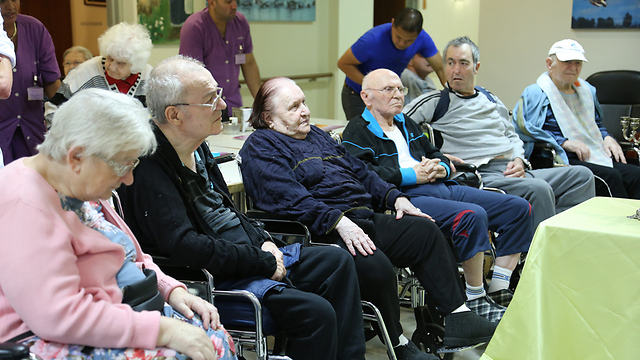 Of the 200,000 Israelis who survived the Shoah, almost none know that they could be entitled to a 30% increase in their state pensions, and those who do know, find it hard to claim the money

The plight of poverty-stricken Holocaust survivors in Israel is a familiar story, and in the 1970s, lawmakers sought to ease the lives of some of the worst--afflicted. The Knesset passed a law granting an extra 30% of their pension to Holocaust survivors suffering from dementia, blindness or strokes, due to the ordeal they underwent during the war.

In real terms, this comes to an amount ranging between hundreds and thousands of shekels for every survivor suffering from these problems. In Israel today, there are approximmately 200,000 people who survived the horrors of the Holocaust.

The law passed, but the state did not take concrete steps to update survivors about the extra money that they could be eligible for. While some may have heard about it and perhaps even received the special supplement, many never received a single shekel, and all unclaimed money went straight into the state coffers.

Even those who are eligible find it hard to qualify for the supplement. About a year ago, the son of an 81-year-old Holocaust survivor who has suffered from some of the relevant medical problems for many years discovered the existence of the supplement.

He contacted the Finance Ministry, saying that his father has already suffered a stroke and had dementia, and asked that he be granted the extra 30% he deserved. Seven months went by before he was told that his father was not entitled to the supplement.

"The law explicitly states that my father meets the criteria for receiving the supplement, and yet we received a negative answer," the son said.

A Yedioth Ahronoth investigation conducted following this conversation revealed that just one Holocaust survivor in Israel currently receives this special supplement, a figure confirmed by the Finance Ministry.

It is unclear just how many Holocaust survivors are eligible for the supplement, but it is believed to that thousands of survivors have unclaimed money that is returned to the treasury.

The Finance Ministry said in response: "The Holocaust Survivors Rights Authority pays compensation in accordance with the degree of disability that is recognized to be connected to suffering experience during the Holocaust. Those suffering certain disabilities are given a special supplement of 30%, and anyone meeting these criteria can go to the Survivors Authority and receive the supplement without delay."