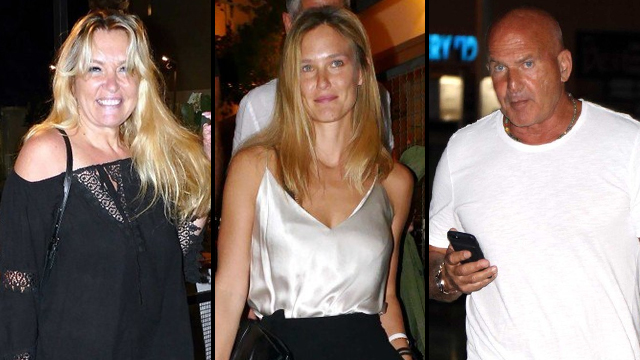 Top model suspected of failing to report more than millions of shekels in revenue both in Israel and abroad between 2009 and 2012; celebrity's parents also suspected of money laundering.

The final decision on charges will be made after a hearing.

The Tax Authority launched an investigation into Refaeli in 2015, on suspicion that between 2006 and 2007 she incorrectly claimed to the tax authorities that she was not an Israeli resident and also failed to mention income earned abroad.

Bar Refaeli and her parents

In 2009, Refaeli signed an agreement that she would pay taxes on NIS 6 million she earned between 2005 and 2007 both in Israel and abroad, but had failed to report to the Tax Authority.

Refaeli is also suspected of purchasing and renting out apartments in Israel, but having her brother and mother sign the contracts to make it appear that she had no ties to Israel. The model also allegedly set up companies in Israel and deposited the earnings in foreign bank accounts. Refaeli's parents are accused of money-laundering as they allegedly claimed to own bank accounts that were in fact owned by their daughter.

In addition, Refaeli allegedly falsely told the United States Internal Revenue Service that she lived in Israel and not in the U.S. It is suspected that this claim allowed the model to make upwards of millions of shekels between 2009 and 2012.

Refaeli's attorney, Moshe Mizrahi, said in a statement: "I've been working on this case since 2013. In 2009, after two years of negotiations, my client signed an agreement to revoke her Israeli residency, which means Bar Refaeli has been non-resident for tax purposes since 2007. It is evident the Tax Authority denies such an agreement was signed.

"Having signed this agreement, why would she scam the Tax Authority? Why would she lie? It just doesn't make sense. I am confident that the State Prosecutor's Office will find that there is no criminal case here. It has been completely blown out of proportion, and it won’t be long before it is viewed as a civil case and not a criminal one," Mizrahi said.