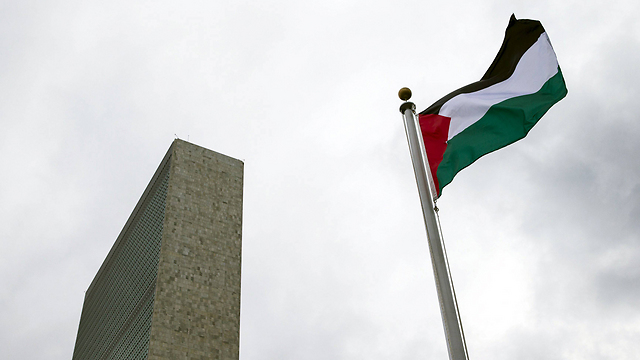 Israel has succeeded in staving off a Palestinian Authority initiative to upgrade its status from observer state to member state with full voting rights at the United Nations General Assembly.

In a bid to pass the draft resolution granting the PA full member status at the UN, Palestinian Foreign Minister Riyad al-Maliki said that he would appeal to the UN Security Council.

In addition, Palestinian President Mahmoud Abbas had been expected to arrive at the UN headquarters in New York to promote the move, however, he has decided to dedicate his visit to take part in an event on the sidelines of the UN, rather than to promote the draft resolution.

Israeli Ambassador to the United Nations Danny Danon led a diplomatic push to thwart the Palestinian move, in conjunction with several countries that maintain friendly relations with Israel.

Danon held talks with some of the Security Council members, stressing that the Palestinian Authority does not meet the first and most crucial condition of being a permanent UN member, citing what he said was its clear policy of paying salaries to terrorists and waging an incitement campaign against Israel in textbooks and on social media.

"The Palestinian Authority signs checks for terrorists, while trying to become a UN member. We've exposed the hypocrisy of the Palestinians before the international community. The PA continues paying monthly salaries to terrorists, encouraging violence and incitement, and therefore is not remotely close to being a 'peaceable country,'" Danon said.

"The authority keeps erring in its attempts to promote its interests through unilateral moves, while it continues supporting terror," he said.

To become a member state at the UN, a nation must be defined as "peaceable" and willing to assume the responsibilities delineated in the United Nations Charter.

Furthermore, the joining state must receive a recommendation from 9 out of the 15 member states of the Security Council, followed by the approval of a two-thirds majority in the General Assembly.

Realizing that the draft resolution is likely to be rejected at the General Assembly in light of Israel's efforts, the Palestinians decided to halt their efforts to promote it.