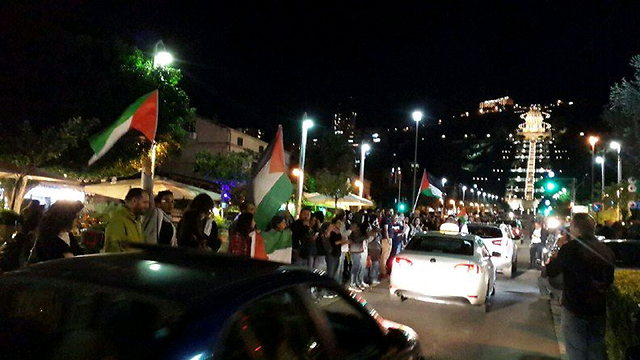 Opinion: The left must clearly state, without obfuscating in the name of political correctness, what it believes is the long-hungered solution for good relations between Israel's Arab and Jewish citizens, instead of providing superficial and hysterical solutions to the country's rising fascism.

When a company sees signs that consumers are losing interest in its main product, it must find a new market, or develop a new product. The same is true of political parties, which don't even get the chance to export their (ideological) merchandise. If they want to escape the twilight zone reserved for every sinking social movement, these parties must spot a gap in the market that no one else has yet detected. The Zionist left-wing parties have failed in this mission.

Rapid demographic changes, the national-religious avant-garde's astonishing activism, constant anxiety over the "Muslim enemy" and a right-wing leader's spectacular political prowess have all played a part in foiling the left-wing parties' repeated attempts to regroup.

Only under certain conditions could a coalition of credible figures—albeit lacking in ideological uniformity—put together an alternative government. Perhaps it would be too similar to the current coalition, but it would be more decent at least. Such a government could survive for a while before succumbing to the ideological and demographic currents from the right.

As the left wing attempts to formulate an identity and a plan for the days after the inevitable defeat in April, it should address the relations between the Jewish majority and the Arab minority. This issue would challenge political thinkers, trigger debate, create conflicting visions and have a real impact in the political arena.

Among all the important issues facing us, this is the only one that can actually be resolved by Israel's citizens. It is a far more important topic in an election season than Prime Minister Benjamin Netanyahu's future, which will nonetheless probably be at the center of the campaign.

I doubt there is another country in the world with a minority with such clear characteristics living within its borders. But the pattern of conflict between a hegemonic majority and an underprivileged minority exists in many countries, and as a result there is a plethora of research and a multitude of models for harmonious coexistence.

If Israeli politicians don't gain any insight from these examples, and instead make do with arguing over a nationalistic law whose sole value is symbolic and whose ultimate meager goal is to feel superior to others, we will never be free in our own country.

The left's reaction to such right-wing moves are purely superficial, and come across as hysterical warnings against rising fascism. It's not enough. The left must clearly say, without obfuscating in the name of political correctness, what it believes is the long-hungered solution for good relations between Israel's Arab and Jewish citizens.

Infinite repetition of the need to maintain a delicate balance between a "Jewish" and a "democratic" state is not enough. Complaining about the police and the discriminatory divison of land, not to mention the neglect in Arab communities, are also not enough.

And so it's not surprising that the only serious attempt to create accord between the ethnic majority and the ethnic minority came from Arab intellectuals in the form of the "Future Vision of the Palestinian Arabs in Israel", a paper that was published over a decade ago.

As a Jew, who adheres to the vision of a Jewish State, I cannot accept this vision, but I can and do demand to discuss it, so as to find a common path forwards.

Dodging this debate stems from fear. It is not the demands of the Arabs that so alarms Jewish Israelis, but the fact that a discussion about Jewish-Arab relations demands definition of the hegemonic group. The question of who we are and what we want to be is indeed a solemn one. The left must show this question is not too much for it to handle. The left must be brave and tackle the most pressing civil issue in Israel.