The relocation of Adas Israel Congregation, the oldest synagogue in DC, January 9, 2019
Photo:EPA 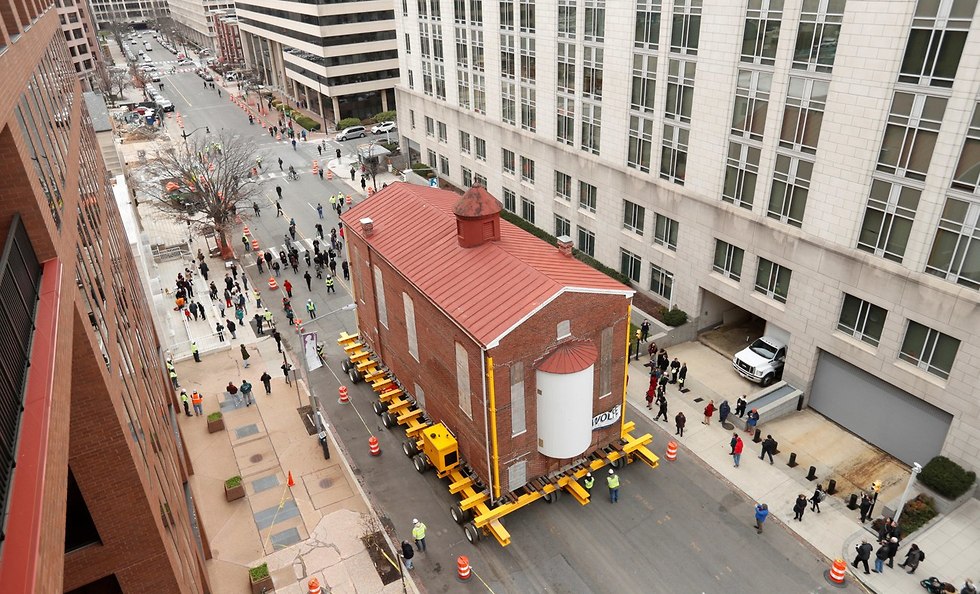 A 142-year-old synagogue on wheels

A house of worship on the move: Adas Israel Congregation, the oldest surviving shul in Washington, moves to a new location where it will become part of the new Capital Jewish Museum.

Washington residents are used to traffic jams but on Wednesday they rubbed their eyes in disbelief when city's streets were blocked to let the ancient Adas Israel Congregation, the first synagogue built in the capital, pass through the city and move to a new location where it's set to become part of the new Capital Jewish Museum.

The ancient synagogue opened its gates to worshipers in 1876, with then-US president Ulysses S. Grant attending its dedication service.

According to the Washington Conservation Society, the synagogue's move is the third relocation for the building in the 142 years since it was established.

The relocation of Adas Israel Congregation, the oldest synagogue in Washington, January 9, 2019

The structure of the ancient synagogue is set to become part of the Capital Jewish Museum, expected to open in 2021, which will explore Jewish life in the American capital.

"This is a very exciting day," said Kara Blond, the museum’s executive director. "For us, this is the beginning of the construction of the new museum — which will surround the synagogue."