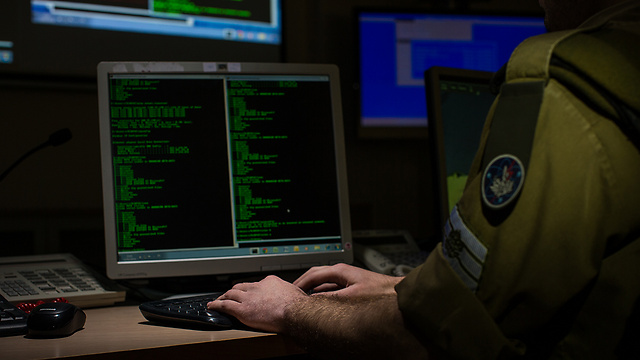 Hundreds of defense projects, each worth more than Israel's annual medicine basket budget, have been either shelved or halted in recent years, after being deemed irrelevant, due to inadequate planning and lack of oversight.

Over the past decade, the army initiated and promoted hundreds of technological and infrastructure projects. Some, however, were inexplicably halted after years of development, and hundreds of millions of shekels of taxpayers' money that had already been invested, went essentially to waste. "No official in the defense establishment pays the price, only the Israeli public," said a senior defense source.

About five years ago, Lieutenant A., a young computer programmer at Ofek, the computing unit of the Israeli Air Force, arrived for another day of work at the Kirya headquarters in Tel Aviv. He immediately realized that something had changed: an office, located right above his, was completely empty even though up until that day it had been teeming with life.

"I asked my officiers what happened because I knew that they had been developing a large-scale and classified project there for months," he said. "I went up there and saw that it was completely dark, as if nothing had ever happened there.”

This tale characterizes the nature of information obtained by Ynet in recent months regarding this very issue. There is a common denominator to these stories: the projects are initiated and developed under a thick veil of secrecy and censorship aimed at, not only at the general public, but also the officials within the military.

For instance, a multi-million dollar upgrade of the Air Force’s operational command bunker in Kirya, dubbed “the pit,” that went way over budget due to its inadequate planning, still hasn’t officially reopened and some of its outdated systems are still being upgraded, some eight years after the project began.

Another example is a highly classified, large-scale Intelligence Directorate’s communications project that was simply shelved, despite the fact that close to NIS 800 million of taxpayers' money had already been spent. The project is believed to have been of extreme strategic and operational importance and got underway over 12 years ago. Despite the secrecy surrounding it, the military was forced to hire civilian technology companies, and set a rigid four-year timetable.

Although the budget was initially set at NIS 400 million, it had to be doubled as the development progressed and ran overtime due to the constantly shifting demands of the defense establishment, until it was ultimately axed altogether five years ago after it was deemed no longer relevant. To put things in perspective, NIS 800 million is more than Israel's 2019 medicine basket budget (providing subsidized medicine) that could save the lives of thousands of patients.

"You are constantly having talks about the project, persuading those in charge to approve NIS 40 million, then another NIS 15 million, and to keep the checkbook constantly open … While outside the Kirya, there are mass protests against the cost of living,” said a senior officer who was involved in the axed project during the time of the social justice protests back in July 2011. "It's much easier to get extra budget when it comes to intelligence, cyber or technological systems, because all of that money is given without anyone asking questions."

The senior official in the Defense Ministry became aware of the project’s closure only three years ago, after demanding the IDF to produce a development report on it. Then-IDF chief of staff Moshe Ya'alon, who positioned himself as someone who intended to cleanse the defense system of such wasteful spending, refused to either comment on the matter or explain the steps he had undertaken once the information reached him.

Military Intelligence also refused to elaborate on the final cost of the project or explain whether any steps had been taken against those who managed and eventually shelved it.

The IDF Spokesperson’s Unit said in an official statement the numbers presented in the article are “incorrect and lack details.” "Due to the prolonged development of the project, it has lost its relevance and effectiveness as the methods used by the enemy have undergone changes. After a thorough evaluation, it was decided to stop the development and future investment,” said the statement.

The Air Intelligence Group (Israel Air Force intelligence-gathering unit) also shelved a project after investing tens of millions of shekels in its development. The system, dubbed “Orion,” was supposed to interface the capabilities of the IAF intelligence, which is responsible for making operational intelligence accessible to the combat squadrons. After three years of intensive development, involving dozens of engineers and computer programmers, the project was halted due to the IAF’s discovery that an alternative system—that was already on the market—could be used for the same purpose.

The IDF Spokesperson's Unit said the project wasn’t shelved but rather deemed unfit for the required standards once it had been already fully developed. "The development of the Orion system was completed in 2009, but after a few years it was decided that the system does not meet operational needs … The IDF develops technological and operational projects in accordance with the constantly changing needs and challenges faced by various units in the military.” said the statement.