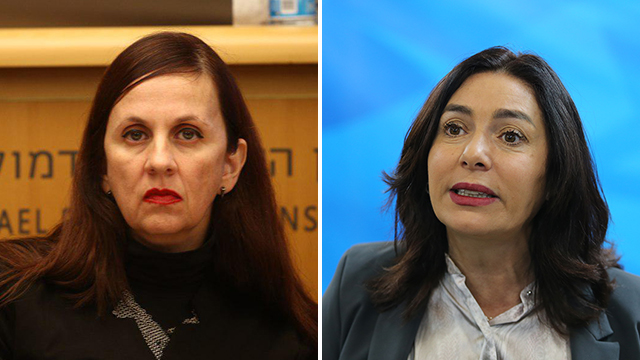 Deputy Attorney General Dina Zilber informed Minister of Culture and Sport Miri Regev on Tuesday that it is impossible to interfere with the “McJesus” sculpture, featured in an art exhibit in the Haifa Museum, despite the governmental funding the institution receives.

The sculpture - which depicts the crucifixion of the fast food chain’s iconic mascot Ronald McDonald- was made by Jani Leinonen, a Finnish artist, and is part of an exhibition called Sacred Goods.

Culture Minister Miri Regev, who has been accused of censorship for pushing legislation mandating national "loyalty" in art, called for the removal of the "disrespectful" artwork and implied that the institution was state- funded.

In response, the Association for Civil Rights in Israel approached the Attorney General and asked for the office to intervene. After examining the case, Zilber informed Regev that the ministry cannot withhold funding from cultural institutions based on the content they present or on events they hold.

Zilber specified and said that disrespecting religious values doesn’t constitute a reason to decrease funding, while other viable reasons are not under Regev’s jurisdictions—but rather that of Finance Minister Moshe Kahlon.

Zilber listed the well respected artists whose work was presented in an exhibition about the image of Jesus in Jewish and Israeli art in the Israel Museum two years ago, and said that someone could have also considered some of the pieces shown there as offensive. “With art being removed, restricted and censured—we might have had that exhibition become an exhibition of empty walls,” Zilber said.

“Freedom of expression is central in culture. Culture of all kinds is based on freedom of artistic expression, and the supreme court determined it is at the heart of freedom of speech and needs to be protected,” said Zilber.

Hundreds of Christians calling for the removal of the sculpture demonstrated at the museum on Friday. The police said rioters hurled a firebomb at the museum and threw stones that wounded three police officers. Authorities dispersed the crowds with tear gas and stun grenades.

Church representatives brought their grievances to the district court Monday, demanding it order the removal of the exhibit's most offensive items, including Barbie doll renditions of a bloodied Jesus and the Virgin Mary.