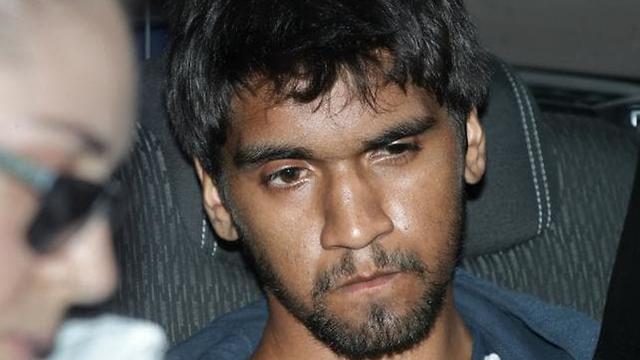 The suspect arrested Friday for the murder of a 21-year-old Israeli student in Australia has been named as Cody Herrmann, 20.

Herrmann is known as an aspiring rapper. He used several different names and was described by some who knew him as “strange” and “a problematic teen.”

Herrmann’s acquaintances said he was peculiar, and that he was suffering from depression. Several days before the murder, the suspected killer wrote a Facebook post in which he said he was “fighting with the devil.”

A week prior to the murder, Herrmann wrote a Facebook post saying “International girl of mystery, you know who you are.” In other posts, he wrote about mental issues he was dealing with and said that “the world teaches men to hide their feelings.”

Sa'id, Aiia's father, who burst into tears as he visited the murder scene (Photo: AFP)

Sa’id Maasarwe, Aiia’s father, flew to Melbourne in order to identify his daughter’s body and take care of funeral arrangements. Accompanied by supporters to the scene of his daughter’s murder, Maasarwe cried as he expressed his shock.

“I hope we can find the person who did this, if he can even be called a person,” he said. “What he did to Aiia wasn’t human…. She was always smiling, she loved people. She had an open mind and wanted to learn about new cultures.”

“I wanted to be with her for longer, but now that’s impossible. I pray that she is with God in heaven,” the father said.