The sailor and the troops who rescued him
Photo: IDF Spokesperson's Unit 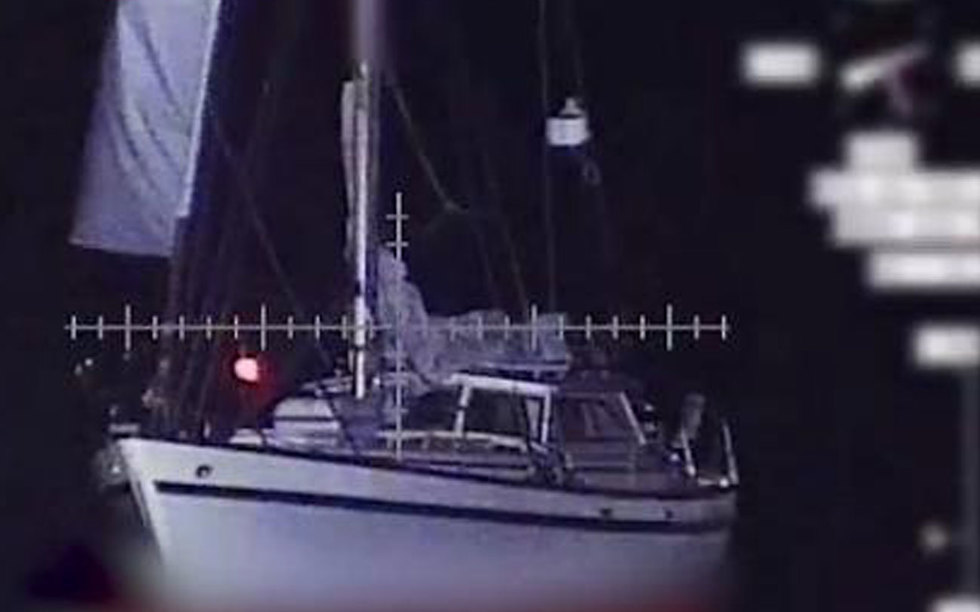 After several weeks adrift, a French mariner is picked uup by sailors after his malfunctioning yacht ends up in Gazan waters.

International rescue: The Israeli Navy recovered a lost and injured French sailor aboard a yacht floating in the waters off the Gaza Strip on Friday.

The small yacht’s steering system had malfunctioned during a storm several weeks ago, and since then the vessel had been drifting in the Mediterranean Sea. The stranded man had fallen ill during his time lost at sea, and was evacuated to a nearby Israeli hospital to recover.

The IDF evacuates the lost sailor

Navy forces identified the yacht drifting aimlessly near the southern tip of Gaza, close to the border with Egypt, and approached it for further examination. They found the French sailor aboard and administered first aid at the scene.

On Sunday, the forces sailed the boat into Ashkelon marina, where it will await its owner's return.

The French sailor being evacuated to the hospital, with the sailors who saved him

Lt. Col. Guy Barak, the naval commander at the scene, said that “the sailors acted swiftly in order to rescue the civilian, and gave him initial medical care aboard our ship.”

Barak stressed the Israeli Navy’s commitment to its duty, and said its sailors will continue to perform their task “year round, under all weather conditions.”