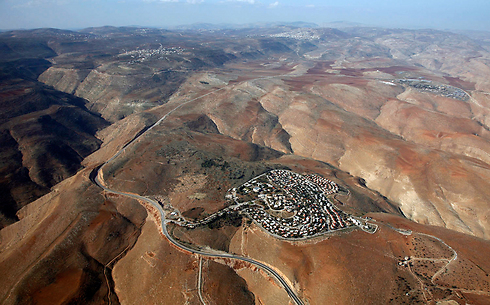 A series of break-ins by Palestinian vandals has left Israeli residents in the Jordan Valley area of the West Bank feeling exposed and insecure, and fearing that the next incident could be a terror attack. The local police force says its resources are stretched, and admits it only has one patrol car to cover a vast area.

On Monday, Palestinians broke into Moshav Tomer and chopped down 200 grape vines, causing damage estimated at tens of thousands of shekels.

Simillar incidents in the area have raised concerns that Palestinian break-ins to vandalize agricultural produce will become routine.

Several days ago, infiltrators dug a hole under the fence surrounding Moshav Mehola to steal agricultural equipment, while in Moshav Netiv HaGdud they disconnected the electricity to neutralize the smart fence surrounding the community, stole a tractor and escaped through the same fence.

A month ago, Palestinians broke into Kibbutz Niran and the settlement of Yitav during early evening hours, wandering through the communities until one of the residents identified them, however, the infiltrators managed to escape before the security forces arrived at the scene.

"No community is protected," said David Elhiani, head of the Jordan Valley Regional Council. "The residents are feeling insecure, and rightly so. We have one police patrol car covering an area of 860,000 dunams (approx. 212,500 acres). It's absurd."

"These incidents are grave and seriously harm the residents' sense of security," said Hadas Gozlan, the security officer for Jordan Valley Regional Council. "Every infiltration is dealt with as an act of terror. Stealing can easily devolve into murder if a thief decides to break into a home in one of the communities."

She added: "The authorities' abilities to protect the communities are limited. The police are doing a good job enforcing the law, however, there is a huge shortage of manpower. How fast can a police car be if it covers an area of 80 kilometers?"

Chief of the Jordan Valley police station, Superintendent Shlomi Vaknin, also conceded that the had limited resources to deal with the issue.

"The station has 14 police officers, 10 of whom are patrol officers," Vaknin said. "We have only one patrol car, which makes it impossible to reach every call in a timely manner. Four patrol cars would be a big help."