Russia is demanding that Israel end its "arbitrary" airstrikes on targets in Syria, two days after the Israeli Air Force struck a series of Iranian military and intelligence targets in response to a rocket strike on the Golan Heights. "The practice of arbitrary strikes on the territory of a sovereign state, in this case, we are talking about Syria, should be ruled out," Russian Foreign Ministry spokeswoman Maria Zakharova said, in answer to a question from Russian news agency TASS about recent Israeli air strikes on Syria. 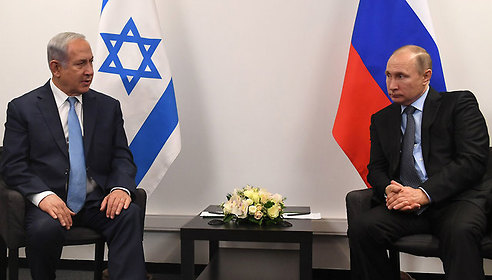 She said such strikes added to tensions in the region, which she said was not in the long-term interests of any country there, including Israel.

"We should never allow Syria, which has suffered years of armed conflict, to be turned into an arena where geopolitical scores are settled," TASS cited her as saying.

The Russian message was also passed to Israeli Ambassador to Russia Gary Koren during a series of meetings with senior officials in Moscow.

The Foreign Ministry in Jerusalem said in response: "This week the ambassador had a number of routine meetings that he initiated with senior Russian officials, covering a range of issues concerning the relations between our two countries."

Israel struck Iranian targets in the early hours of Monday morning, less than 24 hours after Iranian fighters fired a surface-to-surface rocket at the northern Golan Heights. The Israeli bombardment killed at least 21 people, including 12 members of the Iranian Revolutionary Guards, said the Syrian Observatory for Human Rights, a UK-based monitoring organization. 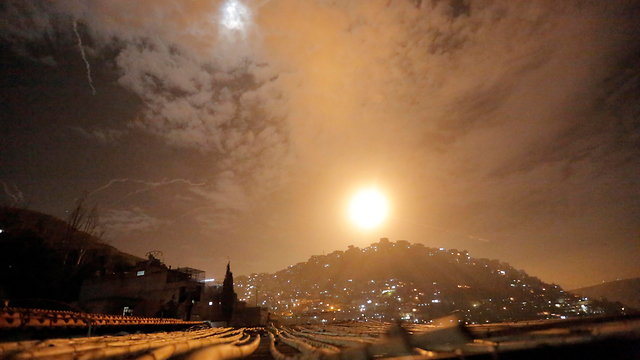 An IDF strike in Syria on Monday

In an official statement, the IDF Spokesperson's Unit confirmed the strikes, and said the targets included munition storage sites, an area of Damascus International Airport, an Iranian intelligence site and an Iranian military training camp.

Israeli officials have spoken in the past of an agreement with Moscow under which they have made clear their strikes on Syria would not threaten Assad, while Russia has promised to help limit Iranian influence near the Israeli frontier. A hotline set up since 2015 is aimed at ensuring Russian forces in Syria are not surprised by Israeli attacks.

Moscow holds Israel responsible for the downing of one of its planes in September 2018, when it was hit by a Syrian anti-aircraft missile during an Israeli airstrike. Russia maintains that Israel did not notify it of the attack sufficiently in advance for the plane to distance itself from the scene of the strike. In wake of the incident, Russia delivered S-300 air defense systems to the Syrian government. 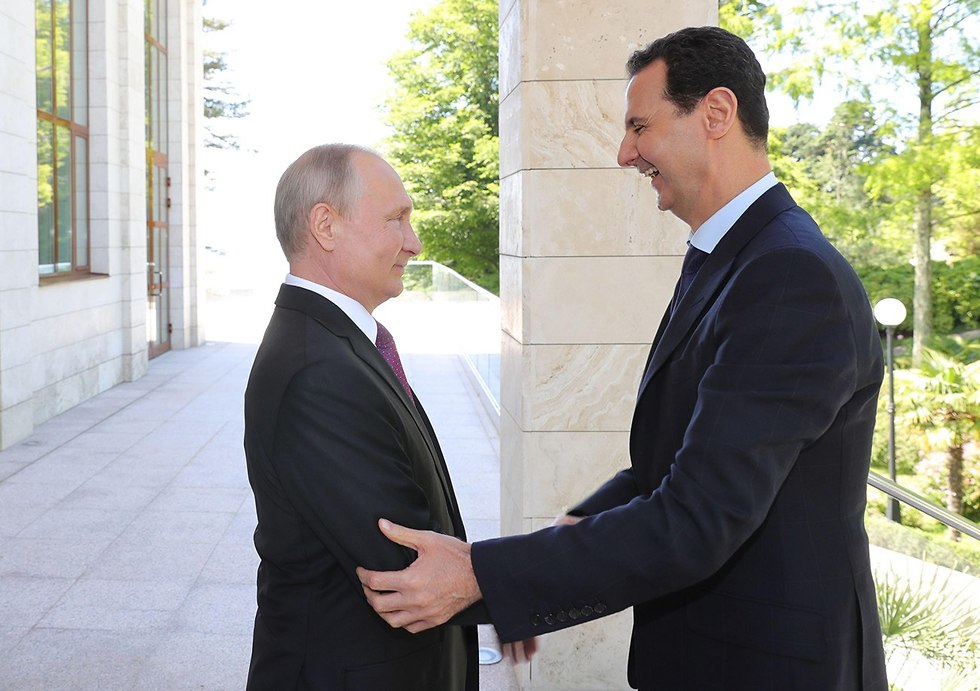 Vladimir Putin and Bashar Assad in Sochi in 2017 (Photo: Reuters)

Russia, which is seen as the biggest sponsor of Syrian President Bashar Assad, has a significant military presence of its own in Syria, ostensibly to help battle Islamic State.