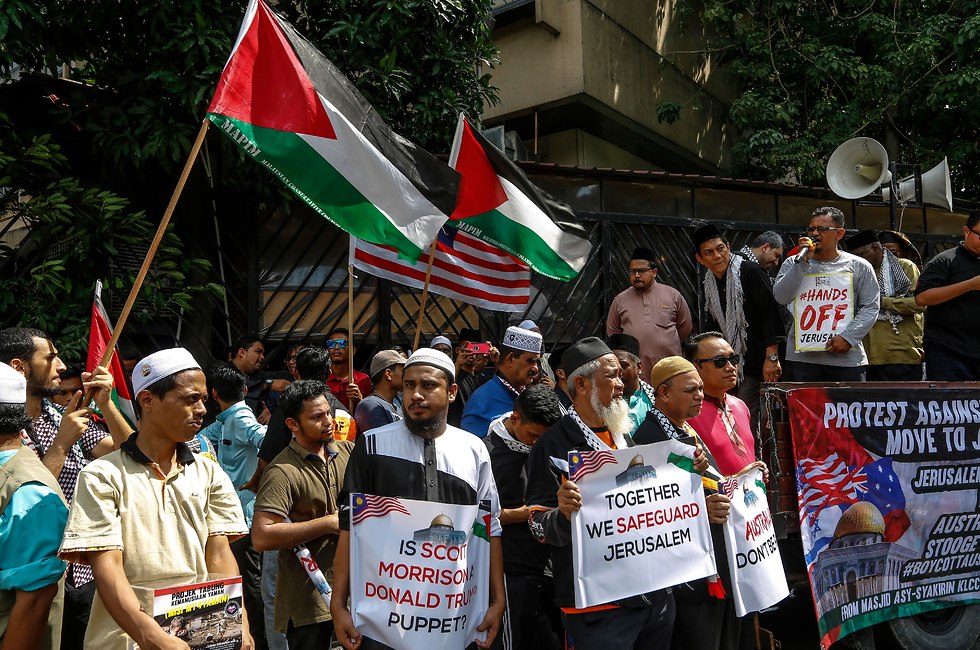 Malaysia stripped of Paralympic event over ban on Israelis

International Paralympic Committee says event taken from country after it "failed to provide the necessary guarantees that Israeli Para swimmers could participate, free from discrimination, and safely in the championships.'

LONDON -- Malaysia has been stripped of the hosting rights for the World Para Swimming Championships after refusing to let Israelis compete in the event that serves as a qualifying event for the 2020 Tokyo Paralympics.

The Malaysian government said earlier this month that no Israeli delegates can enter Malaysia for sporting or other events in solidarity with the Palestinians. Malaysia does not have diplomatic relations with Israel. The swimming championships were due to be staged July 29-Aug. 4 in Kuching. The International Paralympic Committee on Sunday said its governing board meeting in London decided to take the event from Malaysia after it "failed to provide the necessary guarantees that Israeli Para swimmers could participate, free from discrimination, and safely in the championships. This includes full compliance with the IPC protocols related to anthems and flags, and where required the provision of relevant visas."

With the IPC looking for a new host, the deadline for expressions of interest is Feb. 11.

Malaysian Foreign Minister Saifuddin Abdullah said last week that the government would not budge over the ban on Israeli athletes, adding that the country decided that it would not host any future events involving Israel.

“The Cabinet has also decided that Malaysia will not host any more events involving Israel or its representatives. This is to me, a decision to reflect the government’s firm stance over the Israeli issue,” Abdullah said after meeting a coalition of Muslim groups. The groups submitted a memorandum urging the government to stick to the ban and not to repeat mistakes in the past of allowing Israel delegates into the country.

A strong supporter of the Palestinian cause, Malaysia is among the predominantly Muslim countries that do not have diplomatic relations with Israel.

This isn’t the first time Malaysia has stopped Israeli athletes from competing in a sports event. In 2015, two Israeli windsurfers had to withdraw from a competition on the resort island of Langkawi after they were refused visas to enter. The following year, Malaysia decided not to host a 2017 conference of the world football governing body FIFA because an Israeli delegation was scheduled to participate.

But earlier this year, the government allowed a high-level Israeli delegation to attend a UN conference in Kuala Lumpur, sparking widespread anger among Muslim groups.

Some 60 percent of Malaysia’s 32 million people are ethnic Malay Muslims. Many have taken to the streets in the past to support the Palestinian cause.