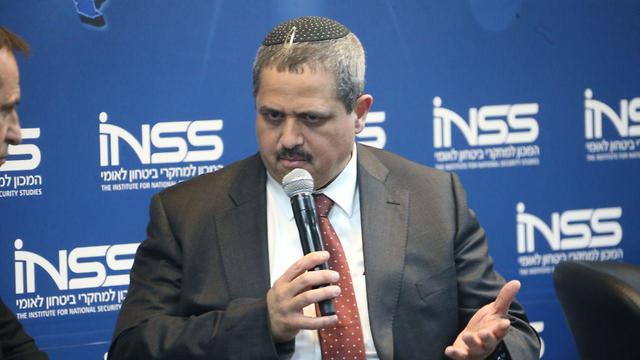 All the prime minister's men

Analysis: Netanyahu keeps pushing publically to delay any legal moves on his three graft probes until after the April 9 elections, but behind the scenes his camp understands that this is not happening, and they are preparing hard to fight back against possible indictment decision in the coming weeks.

With the bolstering of Benjamin Netanyahu's legal defense team and his many declarations in the media, on billboards and in videos, it seems that it has finally sunk in over at the prime minister's residence that there is no more dodging or weaving. Attorney General Avichai Mandelblit's decision regarding the corruption investigations into the prime minister will apparently be published in the coming weeks, and not after the elections as Netanyahu so desperately wanted. To this end, Netanyahu's inner circle is hunkering down to prepare for a hearing, and are planning for a last ditch effort to diminish the power of the indictment, if it is brought.

Netanyahu's aides, legal advisors and associates are out in full force to replace the image of a corrupt leader dogged by police investigations with a picture of an innocent man brought low by his scheming political rivals.

One of the main arguments made by Netanyahu's defense attorneys concerns the purity of the investigation. Sources close to the prime minister claim that police officers did not have the tools to conduct a proper investigation for the a number of reasons. Firstly, they argue that during questioning by the Police Internal Investigations Department, Maj. Gen. Roni Ritman, the former head of the Lahav 433 anti-fraud unit who quit over sexual harassment claims, claimed that he suspected the female officer who made the complaint about him was sent by Netanyahu's associates. And thus, the prime minister's legal team asserted, Ritman "had a conflict of interest and did not want to really dig for the truth."

Former Israel Police chief Roni Alsheich at the INSS conference, January 27, 2019
Netanyahu's lawyers also plan to bring up former police commissioner Roni Alsheich at the hearing, to brand him as someone who could not be objective because "he claimed in interviews that someone put private investigators" onto the police officers working the prime minister's cases, which "has not been proven." Moreover, Netanyahu cronies claim, Alsheich admitted that details of the investigations had leaked – which raised questions about its reliability.

Speaking Sunday at a conference held by the Institute for National Security Studies, Alsheich referred to the criticism that has been leveled against him for the duration of the investigations into Netanyahu. "I think that we (law enforcement officials) have all seen the evidence," he said, and rejected any allegations that the police had trumped up the charges against the prime minister. Alsheich said he had never questioned Netanyahu himself, but did insist that he "read every word of the testimonies of the interviewees." He also flatly rejected any allegations that police officers had leaked details of the case. "Journalists know that the police do not leak, period," he said. "I know where the leaks came from."

Regarding Case 4000, the main argument of Netanyahu's camp is that sympathetic coverage is not considered a bribe. The prime minister is suspected of taking bribes and acting in a conflict of interest by promoting regulations worth hundreds of millions of dollars to the Bezeq telecommunications company and its then-majority shareholder Shaul Elovitch. In return, the prime minister allegedly received favorable coverage on Elovitch's Walla! website.

Benjamin Netanyahu (L) and Shaul Elovitch
According to Netanyahu's camp, police investigators again did not really push to find the truth. And the fact of the matter is, Antitrust Commissioner Michal Halperin —one of the most relevant witnesses — was not summoned for questioning.

Another claim against the validity of the case is that no attempt was made to assess whether the coverage on the Walla! website was really sympathetic to Netanyahu and his family. The prime minister's inner circle also claim that the facts of the case were embellished and that in reality 91% of Bezeq's shares were publically held, and that Bezeq suffered heavy losses in the wholesale reform of the market.

As for Case 1000, Netanyahu's associates claim that the police vastly inflated the value of the cigars gifted to the prime minister, to the sum NIS 500,000. According to the alleged gift-giver, Israeli-American producer Arnon Milchan, the cigars were bought in two stores in Herzliya. Furthermore, Netanyahu's associates claim, their own investigation of the cigar supplier showed that during the years in question, the supplier ordered the import of the cigars favored by Netanyahu for just NIS 269,000. Therefore, according to the prime minister's associates, it is inconceivable that all the cigars imported to Israel were purchased by Milchan alone and given solely to Netanyahu.

Benjamin Netanyahu and Arnon Milchan
Another argument leveled by Netanyahu is that during his stint as minister, Yair Lapid also met with Milchan, accepted cigars from him and even dealt with his request to amend legislation. Therefore, from Netanyahu's point of view, this is selective enforcement that targets him alone.

Regarding the state's witnesses, the prime minister's camp claims that agreements reached with them were carried out in contravention of the attorney general's position on other cases and performed in a "wholesale" fashion. Furthermore, Netanyahu's associates claim, key witness Nir Hefetz was brought in by the prosecution even before they reviewed the possible evidence he could provide.

Meanwhile, Netanyahu's lawyers on Sunday presented the attorney general with a binder containing 122 leaks allegedly published during the course of the investigations into the prime minister.

"This is a clear case of quantity becoming quality until, given the continuous flow of leaks, and in light of the contamination of the investigation, one receives the impression that unacceptable norms have become ingrained in these investigations," wrote Netanyahu's attorneys Navot Tel-Zur and Tal Shapira.