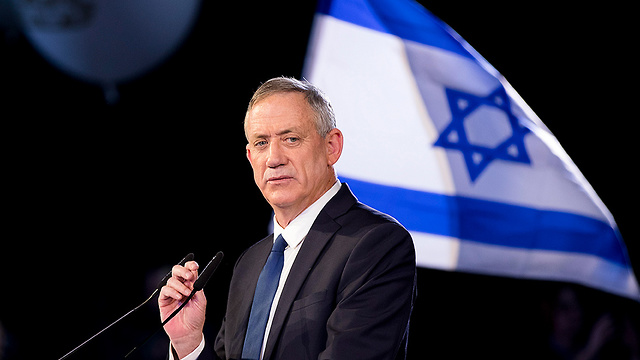 Don't put too much stock in polls

Opinion: Begin and Peres didn't believe in polls, as they could be misleading, especially those released immediately following the introduction of new candidates like Benny Gantz. Are the polls predicting a major upset? I wouldn't bet on it just yet.

Menachem Begin didn't believe in polls. He only believed in the ballot. Or, as he used to say at every political rally while he was expertly galvanizing his supporters: "A ballot and another ballot, a sea of ballots and we will win!"

But if we want to learn anything from history, it's that we have to exercise caution when it comes to polls, especially those released immediately following the introduction of new candidates to the daily grind of the election campaign.

Take Benny Gantz, for example. The leader of the Israel Resilience Party, which was only officially born on Tuesday night, will register fantastic achievements with the most skilled experts in the art of political forecasting, even though he has yet to release the party's full Knesset list or disclosed his specific positions on the sensitive issues the electorate cares most about.

Israel Resilience Party head Benny Gantz (Photo: EPA)
The surprise he provided us with—which likely explains, at least partially, his takeoff in the polls—was thanks to the strength of his performance. He was convincing and presented a leadership that is natural, different and new. In other words: He presented an alternative to Netanyahu. The quick—and at times even violent—responses from the right wing's politicians, who whipped out their talking points (which were likely prepared even before Gantz's speech) show more than anything else that Gantz has managed to cause panic among his rivals, both in the center and in the right. The candidate branded as a "loser" in Israeli politics, the late Shimon Peres, tried to convince us there is no value to polls. There is a much-battered saying attributed to Peres that polls are like perfume: you can smell victory, but not taste it. In his case it was true: the polls correctly predicted his failures. On the other hand, as we've seen in the last elections in the US and in the Brexit referendum in Britain, polls could be very misleading. In Israel, too, there were leaders who got the Election Day with favorable polls, but at the moment of truth the voters did not deliver the goods. Lapid and Gabbay appear to be heading in that direction. But this time things might be different. The polls from Wednesday are indicative not only of the public's feelings toward Gantz, but also of its exhaustion from Netanyahu, who is running for his fifth term. The one trend the polls from all TV news channels point to is that there may be a considerable part of the public that has begun signaling to Netanyahu: No more. And so, the scathing responses on the right to the speech, as well as the attempts to brand Gantz with the offensive term "leftist," might not achieve their purpose for Netanyahu.

History doesn't lie: the only times in which a center-left candidate defeated a right wing candidate in the general elections were when the former had previously worn a general's ranks on his shoulders: Yitzhak Rabin, Ehud Barak and Ariel Sharon got to the Prime Minister's Office thanks, to a large extent, to their impressive military record.

Will Gantz follow in their footsteps? It's too early to tell. Are the polls predicting a major upset? I wouldn't bet on it just yet.