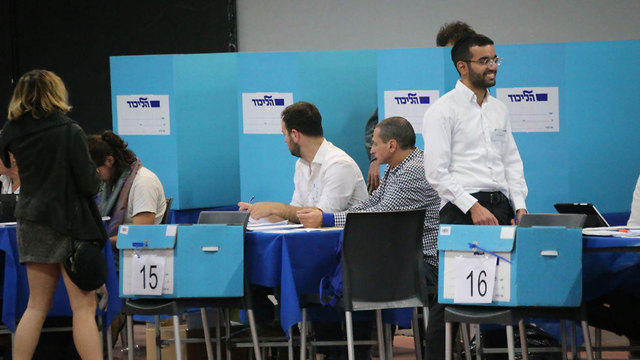 Opinion: Likud's primary elections are not a democracy, but a game of intimidation. Change is possible; change is needed. But businessmen, heads of branches and those who are good at gathering votes terrify our politicians.

Several months ago I appeared before Likud activists in the Metzudat Ze'ev, also known as Beit Jabotinsky, in Tel Aviv. We held a respectable and practical discussion about legal matters. At some point, I asked the audience to show some patience, warning them I about to say something offensive and blatant. I asked them to wait until I finish before they respond.

"You are animals," I told them. "I'm not the one that thinks that," I explained to them. "Two right-wing prominent leaders thought that the Regulation Law—which is only an example— that sought to legalize government-backed outposts in the West Bank and was approved by the Knesset in 2017 is an unnecessary and harmful law that will eventually lead Israel to International Court of Justice in The Hague."

Likud voters cast their ballot in primary elections
But at a certain point, the right-wing prominent leaders altered their stance, while right-wing Knesset members, and especially those from the Likud Party, bolstered their support for the law. After the law was approved the two leaders expressed their renewed support for it. Why did that happen? Because politicians from the Likud Party think that their voters are animals. They should be fed with poor political fodder, which will increase their support for the party's candidates on the day of Likud's primary elections. They cannot know that the Regulation Law, like other laws emerging from the Knesset's back seats, is causing damage. They cannot know that taking into consideration world public opinion is at times a national interest. In anticipation of the primary elections, our politicians should only act according to what they think Likud voters are seeking to achieve. The two prominent leaders, by the way, are Prime Minister Benjamin Netanyahu and former defense minister Avigdor Lieberman. Naftali Bennett also thought the law would not be approved, but it was and gained everyone's support. The Israeli national interest was defeated. And if we wondered why the ruling party continues sliding to the right, the primary elections are the answer.

Former defense minister Avigdor Lieberman and Prime Minister Benjamin Netanyahu (Photo: EPA)
The Regulation Law is only one example. A poll conducted by the Commanders for Israel's Security movement shows that a mere 24 percent of the Israeli public are in favor of West Bank annexation. In addition, 31 percent of Likud voters said they support the move. And so, there is a huge gap between what Likud voters want and the radicalization of Likud institutions.

The reason for this gap is the fact that there is no connection between the number of the Likud Party's registered voters and those who cast a ballot. Moreover, in some communities, the number of Likud voters was bigger than those who actually voted. This distortion doesn't only happen in the Likud. It also happened in Meretz. And it's no secret that major workers' organizations recruit the masses to dictate policy that is beneficial to them rather than the state.

Even Moshe "Bogie" Ya'alon was dragged to a Manhigut Yehudit ("Jewish Leadership") movement conference where he said that the elites and the Peace Now NGO are a virus plaguing the Israeli society. He probably regrets that today. But the desire to win the voters' support, who probably didn't vote for the Likud anyway, made him lose his mind.

Primary elections should be held in a way in which only those who vote for a certain party are entitled to choose the list of candidates to represent that party. Change is possible; change is needed. But businessmen, heads of branches and those who are good at gathering votes terrify our politicians.

As long as the primary elections are held in their current format, one can call it by many names. Democracy is not one of them.