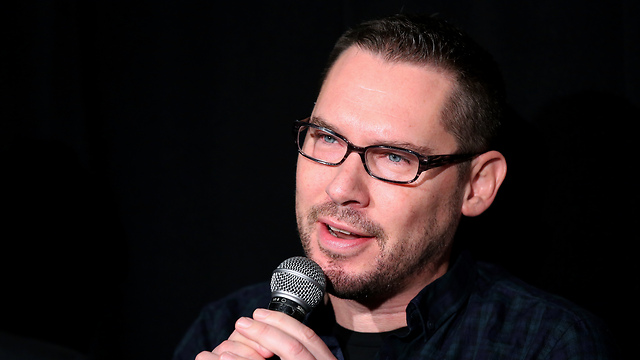 In an exclusive interview, Hollywood veteran Avi Lerner responds to criticism regarding his plans to keep working with the disgraced Bohemian Rhapsody director, who is accused of sexually assaulting underaged boys, brutally slams the MeToo movement and calls Rose McGowan a liar.

LOS ANGELES — Producer and Millennium Films CEO Avi Lerner, a veteran player in Hollywood, says he has seen it all. He is adamant that some of the famous men accused of abuse have been wrongly implicated, and has no intention of dropping his business ties to director Bryan Singer, the latest movie heavyweight to be accused for sexual assault - this time of underage boys.

In an exclusive interview, Lerner hits back at criticism about his plans to keep working with Singer, claims that many of the women reporting sexual abuse are extortionists and insists that Rose McGowan, who says Harvey Weinstein raped her, is a liar.

"We don't receive too many phone calls complaining about Singer," Lerner says. "I have more people congratulating me. Singer is one of Hollywood's top tier directors. He made The Usual Suspects, the X-Men movies, and now Bohemian Rhapsody, which has made more than $800 million in the US alone. Besides, I hired him long before these latest accusations came to light. The complaints I receive ask why I don't  fire him, and the answer is simple: Bryan hasn't been found guilty of anything in court. We take these accusations in all seriousness and we looked into them, but at the moment, from what we gather, they are completely baseless."

So you don't believe these accusations.

The Atlantic article published last month mentioned four men accusing him, all but one remained anonymous, and the fourth case never made it to trial. The lawyer who's suing Bryan is Jeff Herman, who was accused of raping two of his secretaries himself (one accusation against Herman, dating back to 1998, has been published so far. The DA closed the case due to insufficient evidence). But I know one thing. If I am ever raped, I won't wait several years. I will either shoot the rapist in the balls that very same day, or go to the police to have him arrested."

Do you believe the industry has been quick to judge Singer?

Definitely, all these allegations were made on Twitter and they're all the same. If it is found that he did commit all these crimes and I was wrong, I will fire him on the spot. And in this case, not only should he not have a place in Hollywood, he should be sent to jail for 40 years. However, from the information I have so far, it just doesn't seem like Bryan is a predator who's done those things."

Turning to the Harvey Weinstein, Lerner insists that his sexual proclivities were common knowledge in Hollywood, and many women were keen to share his bed.

"There were many instances of girls who threw themselves at producers and directors, willing to do whatever it takes to get a role in a movie. Everyone who's part of the movie business knew that Weinstein was sleeping with girls. Agents, studio heads, everyone who's worked for him. And everyone was okay with it. It went on for 20 years, and no one said a word until it started to come out. And now all those bleeding hearts are screaming. Weinstein helped actresses get into movies, like Gwyneth Paltrow, who received an Oscar for his movie and now turns against him (Paltrow said that in the 1990s Weinstein pressured her to give him a massage while they were alone in a hotel room). However, it is also clear that there were cases of girls who were assaulted and raped."

Do you think that in some instances these women are lying? That they were the ones wooing him for roles?

I don't only think, I've seen it with my own eyes. The line up to his room was this long. Girls did everything to meet him. Now, take a girl who wanted to meet Harvey, and he tell her, 'I don't have time now, come to my room at 2am'. She gets there at 2am, and he says, 'wait here, I need to take a shower'. Those are the stories that came out. Now, every single girl, no matter how stupid she is, knows exactly what that means. He goes to take a shower? Get up and leave. Why did she sit there and waited for him to get out of the shower? Between us, he was a sick man, he was masturbating in front of them. But they could have got up and left.

Why would a woman make up such allegations as if they were assaulted?

Three reasons. One, frustration over not getting roles. Second reason – simple, publicity: they want the papers to write about them because no one talks about them anymore. And the third and main reason is money. Most of the people getting sued are people with careers and money, so they just give the accuser anywhere between 250,000 and 3 million dollars to get rid of them. I know dozens of cases like that."

What do you think is going to happen to all those producers and directors who were accused of sexual harassment or worse? Will they ever be accepted back into the industry?

Depends on who we're talking about. Weinstein will never be back in business, but he won't get jail time either. I know the women who accused him, including Rose McGowan.

And what's your impression of her?

What about director Brett Ratner, who's also been accused of rape and several cases of sexual harassment?

He's also a victim. There were four girls who filed complaints against him, one dropped it and three remain (At least six actresses claimed that Ratner sexually harassed or assaulted them, without filing formal complaints. Another woman accused him of rape, and the case was settled outside of court). There are 45-year-old women who can't find a job. Women who, after he'd supposedly assaulted them, wrote to him how much the appreciate and admire him and want to work for him. He is the least sleazy person you'll meet. I was at his place a few days ago, he's a rich man and doesn't need the money, but he's an artist and wants to create, it's heart breaking to see him being denied work like that."

Do you think of hiring him yourself?

I am too afraid. But I'm not entirely dismissing the option of working with Ratner. We're actually discussing a big film opportunity in the future."

Who else has been wrongfully accused, in your opinion?

There are many. Take Les Moonves. This is a man who turned CBS into a multi-billion-dollar company, a smart and successful man, and a good Jewish man. He's related to Golda (Meir), by the way. Some girl complained that 15 years ago he tried something in the office, then came another girl and another one, and he was fired. And it's all because Shari Redstone wanted to take over the company and he wanted to keep CBS separate. I read what people write about the industry, including Israelis who don't know it at all, and I'm appalled. People write things without even checking."

Lerner also discusses actor Terry Crews' accusations that Lerner threatened him to drop his sexual harassment lawsuit against agent Adam Venit, or risk "trouble" on the set of Lerner's movie The Expendables 4. Crews chose not to participate in the film.

"Those are all lies," Lerner states. "I called Terry's manager to try to speak to him. He's a friend, I made three movies with him, we've known each other for many years. I naively tried to make peace between Crews and Venit, knowing he will be there on set because he represents Sylvester Stallone, and it would be unpleasant. I never threatened him, I wanted to work with him. Eventually nothing came out of his lawsuit anyway, the court tossed it (Crews settled his lawsuit against Venit, and Venit retired from his firm)."

Do you think he lied about what Venit did?

"No, I don't think he did. I know what happened, Venit really did grab his balls."

Adam Berkowitz, head of television department at CAA agency, was also fired for groping the head of a studio.

Do you agree that exploitation is a common reality in Hollywood?

I agree, one hundred percent. Every week thousands of young girls arrive at Hollywood. Beautiful young women from Iowa and Minnesota and all over the country, hoping to become actresses, and willing to do whatever it takes. I don't know why. It's a sickness."