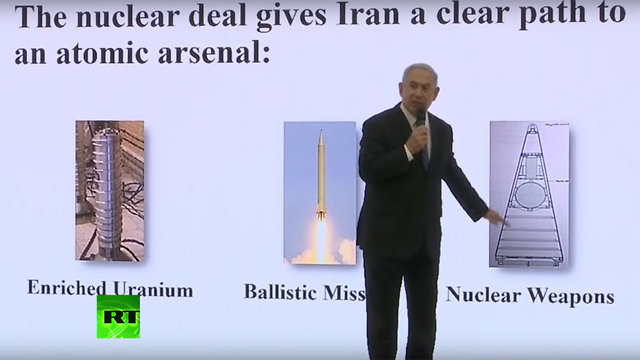 Reports of Israeli special forces activity across the region do shed some light on the Jewish state's effort to thwart Tehran's expansionist and nuclear ambitions, but how much of it is actually true?

Israeli special forces reportedly are using a United States military base in Afghanistan to monitor and collect information on Iranian activities throughout the Persian Gulf. So says an Iranian news agency. The troops allegedly are operating with the approval of Kabul out of a US Air Force installation in western Afghanistan located approximately 45 miles from the Iranian border.

The revelation came a day after British media reported that the spy agencies of Israel, the US and Britain cooperated in the extraction of an Iranian nuclear scientist from Tehran that subsequently was granted asylum in America in exchange for details on Iran’s atomic program.

The unidentified man purportedly was initially smuggled to Turkey by Israel’s Mossad and then traveled by sea to London on a dingy alongside Iranian migrants earlier this year. Once there, the scientist provided information regarding the mullahs' nuclear progress since the 2015 atomic deal was forged with world powers and was then flown to the US.

While it is well-known the Israel Defense Forces has conducted thousands of strikes against Iranian assets in Syria, the army also is active in other nations to prevent the Iranian regime from creating a land corridor stretching from Tehran to Beirut through which to smuggle arms and create forward-operating outposts. One of the primary reasons for training abroad is to simulate the rugged conditions that exist in southern Lebanon, for example, where Israeli soldiers likely are to deploy in the event of a future war with Hezbollah.

Illustrative: Israeli soldiers from the Givati Brigade on a training exercise (Photo: GPO)

"It is difficult to believe all the details in the reports about the Iranian scientist given that he was apparently taken to Britain by boat with other refugees when the CIA has more airplanes than many national carriers. Regarding Afghanistan, the story also seems embellished," says former Mossad agent Gad Shimron. "That said, all things are possible but the benefit of being a journalist is that you can publish anything about Israeli spies and nobody will deny it."

Indeed, some hold the reports are part of a disinformation campaign meant to harm or deter Israel, which, in Shimron's estimation, is compounded by disproportionate media coverage on Jerusalem because it is "sexy" to attribute responsibility to the Jewish state.

"The whole civilized world is engaged in this underground war as there is widespread fear about the prospect of the ayatollah having his finger on the 'red (nuclear) button.' But compared to the CIA and MI6, Israel is doing little in Iran. Nevertheless," he adds, "the Mossad often undertakes missions such as the one last year that recovered the treasure trove of Iranian atomic documents."

Still others postulate that the latest reports contain valid elements, with some maintaining the stories may even have been leaked by Israel and its allies as a warning to the Islamic Republic.

"Usually the accounts have a factual basis but then diverge as each correspondent has only limited details and makes what they determine of them," says Mishka Ben-David, another former Mossad agent. "There are pros and cons to this; on the one hand, there is the positive impact of demonstrating Israel's abilities, however, at the same time putting this out in the open makes Israel's enemies aware of them.

"According to most assessments," he says, "the Mossad has been quite involved in sabotaging Iran and managed to postpone its nuclear project by up to ten years, although not to forestall it indefinitely."

If the reports contain a modicum of truth, they provide a small window into the “war between wars” pitting the Islamic Republic against the Jewish state, the latter of which has been implicated in the assassinations of at least four Iranian nuclear scientists and, in conjunction with Washington, is believed to have developed the Stuxnet computer virus that significantly impeded Tehran’s atomic program at the beginning of the decade.

For its part, Iran’s proxies in the Gaza Strip (Hamas and Islamic Jihad) and Lebanon (Hezbollah) continue to pose a significant threat to Israel, as the Iranians attempt to establish a permanent military presence in Syria from which to open a third front in the next conflict.

All of this, meanwhile, comes on the backdrop of Jerusalem's abandonment of its longstanding policy to neither confirm nor deny military operations abroad, in particular those directed at Iran in Syria.

It may be, then, that Israel's political and defense establishments are taking incremental steps to come out of the closet, so to speak, in order to make crystal clear to Tehran the lengths to which the Jewish state will go to ensure its arch-nemesis can never threaten its existence.

Article written by Charles Bybelezer. Reprinted with permission from The Media Line