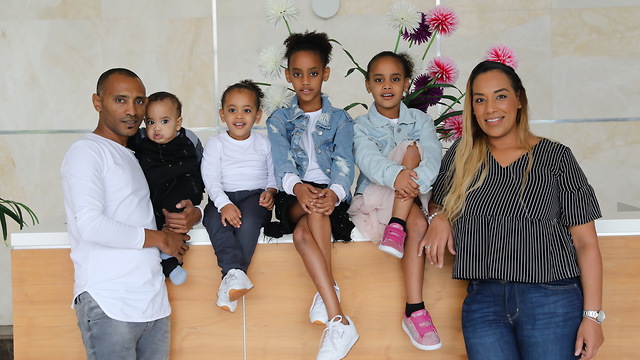 Hop! channel campaign features variety of short films, music and parenting tips, as well as a range of families found across Israeli society.

An Israeli kids' channel for preschoolers is on a drive to bring families together in a series of magic moments.

The Hop! channel media campaign, which is launched this month, includes a series of short documentary films aimed at helping every moment in the lives of busy parents and their children to become "enjoyable, meaningful and memorable."

The campaign also includes music; a series of shorts for parents and caregivers; and a minisite where all the content will be available to the public.

Each film portrays one aspect of the life of an Israeli family, and includes what the channel says is "a diverse range of social economic groups, lifestyles and family structures."

The families include the Yadenko family, who are originally from Ethopia; the Zayyadds, observant Muslim family; the Berman-Segalle family, whose parents are a gay male couple; and the Katsman family, a single mother and her daughter.

The message included in each film was produced in association with what the channel says was a team of consultants and advisors including experts in psychology, child development, behavioural economics and digital marketing, and later "honed by focus groups of parents and children." The cmapaign includes more than 30 short video clips directed at parents, which offer tips and information about specific parenting behavior.

The program has the support of the Bernard van Leer Foundation, which focuses on early childhood development.

“We supported the Magic Moments campaign because parents of young children often feel isolated and lack the time or financial capacity to seek help," says Daniella Ben-Attar, the foundation's representative in Israel. "We want to assure them that they already have everything they need to bond with their child through meaningful and memorable moments that help their child develop."

According to Ben-Attar, the campaign’s tools "will be made available for other stakeholders, from NGOs to public sector service providers through outreach work by HOP! and program partners.”