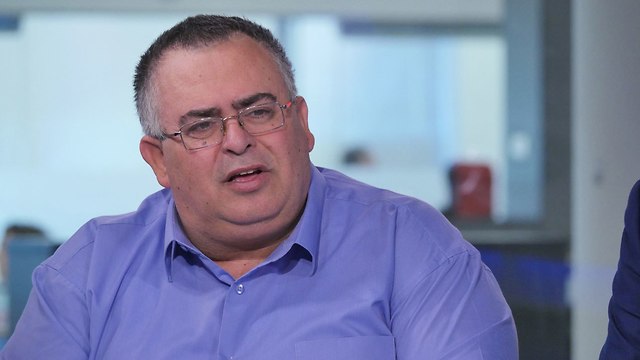 Suspicions against former party chairman David Bitan pertain to his stint as deputy mayor of Rishon Lezion, include allegedly accepting large sums of money in return for advancing interests of certain businesses

Israel Police on Thursday recommended bribery charges against Likud MK and former party chairman David Bitan, for alleged corruption during his time as deputy mayor of the central town of Rishon Lezion.

Bitan, 58, is placed 24th on the Likud party list of candidates for the April 9 elections, and had been expected to keep his Knesset seat. He stepped down as Likud chairman in 2017, due to the police investigation against him.

The investigation, dubbed Case 1803, deals with the suspicion that between 2011 and 2017, Bitan, deputy Tel Aviv mayor Arnon Giladi and then-Rishon Lezion mayor Dov Zur received favors from private entities, in return acting to advance the interests of those entities, which allegedly include construction company Danya Cebus and its CEO Ronen Ginsburg, supermarkets, real estate developers, contractors and more.

As well as holding the post of deputy mayor, Bitan also headed the municipality's Planning and Building Committee.

The police investigation was a complex one, during which some 80 witnesses were questioned over the course of hundreds of interrogations, testimonies were taken from more than 300 witnesses, dozens of locations were searched, around 700 documents were seized, and tens of millions of shekels were confiscated.

According to suspicions, the Danya Cebus CEO gave Bitan and another individual a sum of NIS 430,000 (approx. $100,000) between 2013-15, in order to promote the company's interests at Rishon Lezion municipality and the Ministry of Transport.

This sum allegedly pertained to a plan to build a gas station at the Ein HaKoreh interchange on the southern outskirts of the town, as well as to a tender relating to another construction project on Route 38, which runs near Jerusalem.

The police also said there was evidence that Bitan and Giladi received a bribe of NIS 385,000 in return for advancing permits at various municipal authorities for three real estate projects in Tel Aviv. Furthermore, the police said, some of the bribes were laundered through the use of fake invoices.

The case, which was handled by the Israel Police anti-corruption unit Lahav 443, has now been handed over to the State Prosecutor's Office for further steps in the legal process.

Danya Cebus said in response to the recommendations that it was confident both the company and Ginsburg would be exonerated.

"We are confident that once the State Prosecutor's Office has received all the relevant information, it will reach the correct conclusion that there is no basis to bring charges against Danya Cebus and/or Ronen Ginsburg," it said in a statement.

Zur's lawyers said following the police recommendations that there was no basis to charge their client, and that the central investigation into his activities had already been closed.