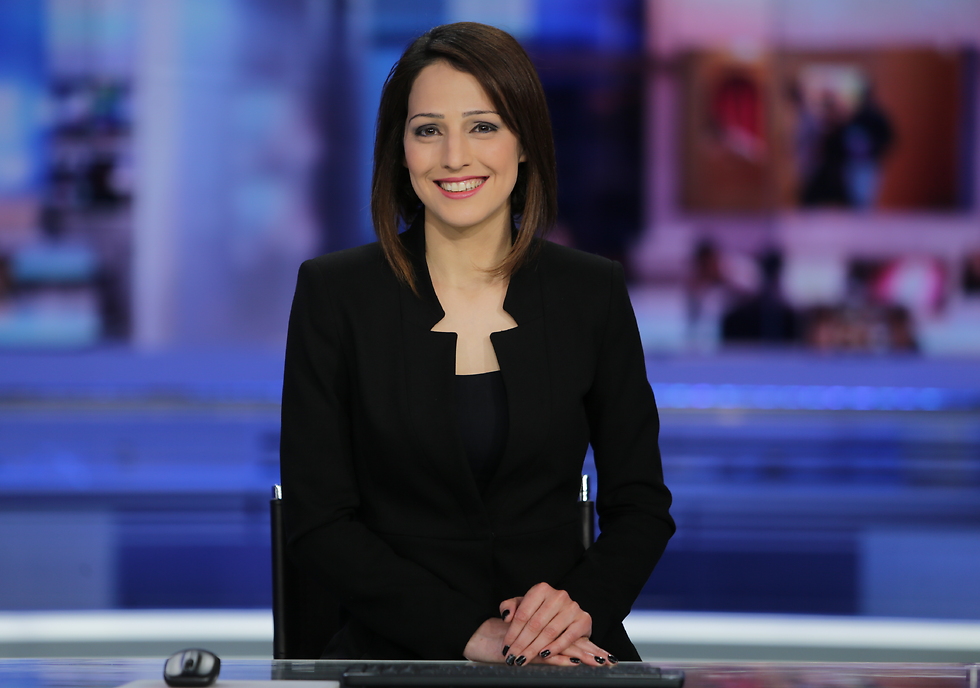 Gadeer Mreeh, number 25 in the Blue and White Party list, was the nation’s first non-Jewish woman to anchor a Hebrew news broadcast; now, she's ready to break another glass ceiling—likely becoming the first woman from the Druze minority to serve in the Israeli parliament.

With Israel's election just over a month away, a Druze former television news anchor is poised to become the first woman from her Arabic-speaking minority to serve in the Israeli parliament. Gadeer Mreeh, who is running for the centrist Blue and White party led by former armed forces chief Benny Gantz, is all but guaranteed a seat in the Knesset in an election system where voters choose from a list of candidates. Gantz is the main opponent of Prime Minister Benjamin Netanyahu.

Gadeer Mreeh, number 25 in the Blue and White Party list. (Photo: Ihab Husri)
Mreeh, a former anchor with Israel's public broadcaster, said her life has been a series of firsts for minority women in the country. "I was the first non-Jewish woman to anchor a Hebrew-language news broadcast," Mreeh, 34, said from her village of Daliyat al-Karmel, a major population centre for the Druze, who practise an offshoot of Islam and are one of Israel's most integrated minorities. Rising through the ranks of Israeli media wasn't easy, Mreeh said, citing among other factors criticism from some in her conservative community who see journalistic work as unsuitable for women. "I remember one day a religious (community) member approached my parents and said it is not appropriate to work in this field as a Druze woman," Mreeh said, while preparing malfouf, a stuffed cabbage dish common in Arab cuisine. Over time, Mreeh won support from Druze elders, including its spiritual leader in Israel, Sheikh Muwafaq Tarif. "Now even the religious leaders understand that Druze women can succeed, that we can represent, in a modest and noble way," Mreeh said.

"Equality for all out citizens"

More than 140,000 Druze live in Israel, making up just under two percent of the population. Syria and Lebanon are also home to Druze communities. In Israel, Druze men are drafted into the military, unlike members of the country's 20 percent Arab minority, many of whom identify as Palestinian. In the outgoing parliament, 16 of its 120 members were Arab, including two non-Druze women. Last year minority communities were dismayed by Israel's approval of a "nation-state" law, which declares that only Jews have the right of self-determination in the country and downgrades Arabic as an official language on a par with Hebrew. The law's supporters said it was largely symbolic and Netanyahu and his right-wing Likud party said it was needed to fend off Palestinian challenges to Jewish self-determination. Mreeh said she hoped to overturn the law and "find a solution in legislation that will enshrine equality for all our citizens, for all Israeli citizens." Israel's election takes place on April 9. Opinion polls predict Gantz's party will win 35 seats, ahead of Likud with 30, but it remains unclear which party will be able to put together a governing coalitio