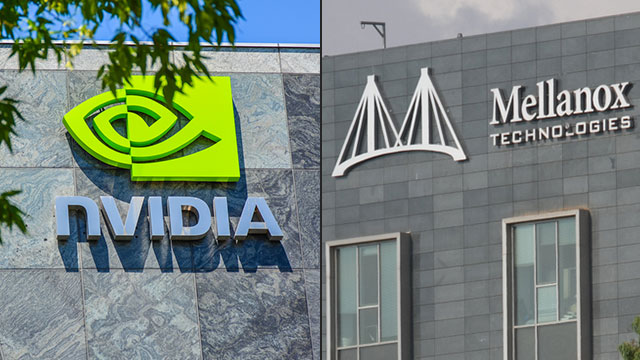 In a deal believed to be worth around $6.8 billion, the Israeli chip-making company that specializes in gaming and artificial intelligence is to be officially sold to American chip supplier by the end of 2019

The all-cash offer of $125 per share represents a premium of 14 percent to Mellanox’s closing price on Friday. Mellanox shares rose 8.2 percent to $118.35 and Nvidia shares gained 7 percent to $161.23 on Monday.

Nvidia, once known as a provider of gaming chips, now also provides chips to speed up artificial intelligence tasks such as teaching servers to recognise images. Mellanox makes chips that connect those servers together inside the data centre.

Nvidia bought Mellanox to help stitch those servers together into one giant computer, Nvidia Chief Executive Jensen Huang told Reuters in an interview.

“We want to double down on data centres,” he said.

Nvidia gets about a quarter of its revenue from data centres, with the $2.9 billion in sales in 2018 from the segment growing 52 percent year over year. The segment is important as a slowdown in China and a fading cryptocurrency craze have started to weigh on Nvidia’s overall sales in recent quarters.

Nvidia said it believes that market for it and Mellanox is worth about $60 billion: $50 billion for Nvidia’s computing chips and $11 billion for Mellanox’s high-speed networking chips.

The move could bolster Nvidia against its chief rival in the data centre business, Intel. Known for its computing chips, Intel has steadily added other chips for memory and networking in order to grab a bigger slice of customer spending.

“It’s hard to not think Nvidia is just buying some revenue to help its case” in the data centre space, said Jason Carolan, chief innovation officer of Flexential, which operates data centres for big businesses and is a Nvidia customer. It’s about market share in a segment they’re already in, he said.

Nvidia’s DGX system is an artificial intelligence computer in a box, while Mellanox has a growing business selling complete switches, which could be combined with Nvidia’s boxes, Wheeler said.

The deal follows a competitive bidding process which according to sources familiar with the matter, included rival chipmakers such as Intel and Xilinx Inc. Mellanox will pay a $350 million termination fee to Nvidia if it accepts a rival offer.

Reuters reported about the deal on Sunday. Intel declined to comment on whether the company had bid for Mellanox, while Xilinx did not immediately respond to a request for comment.

The deal is expected to close by the end of 2019. It could, however, face some regulatory hurdles in China, where Mellanox has major customers such as Alibaba and Baidu. In the wake of its trade row with the United States, China has previously moved to thwart non-Chinese chip M&A deals.

Chinese regulators may require Nvidia to promise that Mellanox’s technology will continue to work with chips from other makers, said Aaron Glick, a strategist with Cowen Inc.

“They’re in the networking business, and networks are interoperable. We’re going to keep it interoperable,” Nvidia’s CEO told Reuters in response to questions about regulatory approvals. “Both of our companies are focused on high performance computing, but neither of our companies have a giant position.”