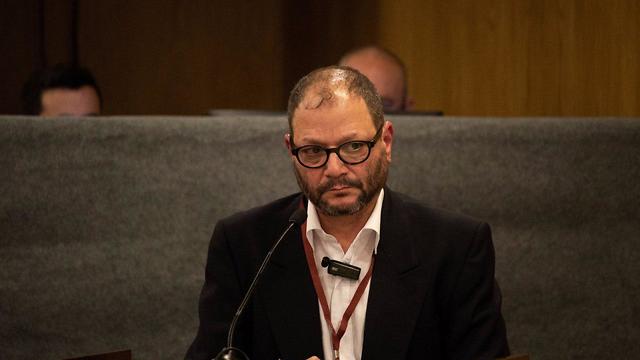 The Central Elections Committee’s decision to disqualify the Israeli-Arab Ra’am-Balad party as well as Hadash candidate Ofer Kassif from running in Israel’s upcoming national vote is politically motivated and unlikely to be upheld by the Supreme Court, political analysts argue.

The Central Elections Committee, a body staffed by Israeli lawmakers and chaired by a Supreme Court justice, this week voted 15-10 to ban Kassif and 17-10 to prohibit Ra’am-Balad, one of the two main Arab-Israeli parties, from taking part in the April 9 contest. The far-right Otzma Yehudit (Jewish Power) party along with the right-wing Yisrael Beytenu (Israel Is Our Home) party submitted petitions against Kassif, while the ruling Likud moved to disqualify Ra’am-Balad.

Ra’am (United Arab List) is led primarily by the southern faction of the Islamic Movement and supports the establishment of a Palestinian state. It is particularly popular among Israel’s Bedouin residents. Balad (National Democratic Assembly) is opposed to Zionism and supports the creation of a bi-national state in lieu of a Jewish one.

For his part, Kassif has in the past called Justice Minister Ayelet Shaked a neo-Nazi and referred to Israeli Prime Minister Binyamin Netanyahu as a mass murderer.

Netanyahu welcomed the committee’s decision, tweeting that “those who support terror will not be in the Israeli parliament!”

But the move is unlikely to be upheld given past precedent.

“The Central Elections Committee has the right to disqualify either a candidate or a party from running but there has to be confirmation from the Supreme Court,” said Dr. Amir Fuchs, a researcher at the Israel Democracy Institute. “The committee is a political body and not a court, and the reasons it puts forward do not really have a legal basis.

“For me, the purpose here was very clear,” he said. “It was to show voters ‘this was our strong stance against the Arabs.’ In the end, the outcome will be that no one will be disqualified.”

Meanwhile, the committee struck down motions to bar the candidacy of Otzma Yehudit’s Michael Ben-Ari and Itamar Ben-Gvir. The left-wing Meretz party along with center-left Labor vowed to appeal the decision.

According to Israeli law, a political party can be prevented from participating in elections if it rejects Israel’s existence as a Jewish and democratic state; incites racism; or supports armed struggle against the nation.

To date, the law has been applied only once.

“The only time that someone was disqualified is (Rabbi Meir) Kahane,” Dr. Fuchs said, referring to the former head of the extremist Kach party in the 1980s. At the time, the party called for expelling Israel’s Arab population and forbidding Jews from marrying outside the faith.

In 1988, the Israeli government banned Kach on grounds that it promoted racism. Kahane himself was later assassinated in 1990 by an Egyptian-born American gunman in New York.

Jonathan Rynhold, a professor of Political Science at Bar-Ilan University, agrees that while the committee’s actions are drawing a lot of attention, the Supreme Court is liable to overturn the decision as it did in 2009 by reinstating Balad.

“Ultimately, it is up to the Supreme Court to interpret the law…and it tends to take a very liberal view,” said Rynhold, adding that this approach was in line with most western-style democracies. “It is very difficult to ban political parties. The reason that Kahane was banned, apart from being racist, was the open and direct incitement to violence.

“I think this decision will make absolutely no difference,” he said.