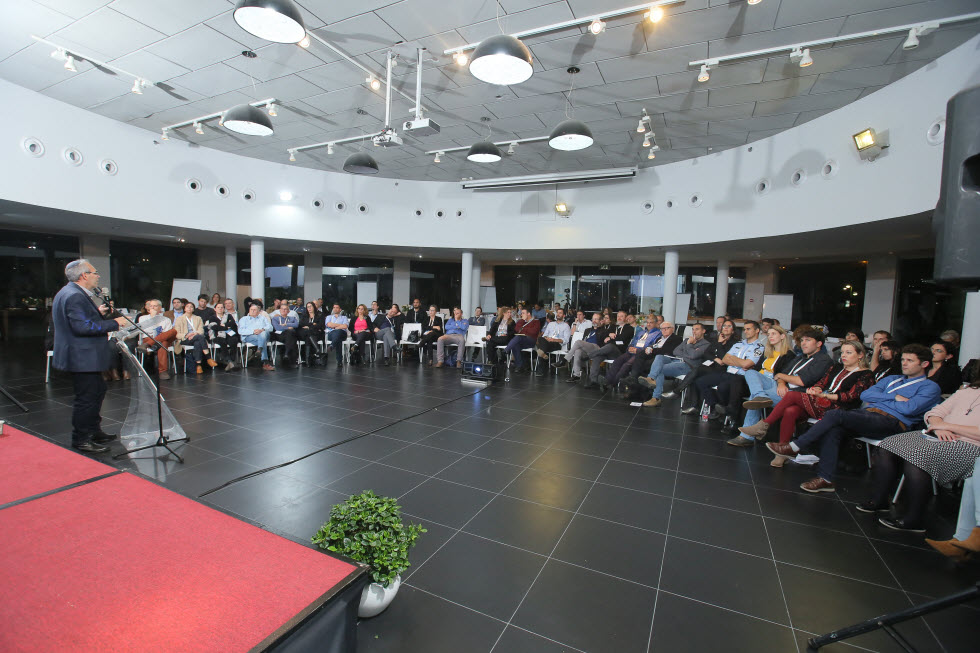 Vision for Israel 2048: New centers in the Negev and the Galilee

A group of leading social organizations, academics, government officials and businesses held a conference last week to develop a 15-year plan aimed at ensuring that in 30 years Israel will have enough jobs, transportation and housing.

With the cost of living in Israel 2019 skyrocketing, housing prices in the Tel Aviv metropolitan area make the center of the country economically impossible for young couples. They in turn migrate to the periphery in search of affordable housing and are therefore forced to spend long hours on the roads in order to reach workplaces, the most attractive of which are located in central Israel.

Many of us have often considered moving to the north or to the south to get away from the hustle and bustle, the parking problems and the small houses of the Dan region, and to save some living costs. But then the question that usually arises: "Where will we work?" And that is often when the idea is usually abandoned.

2048 conference (Photo: Dana Kopel)
Although it is uncertain if in the near future we will be able to make such a decision, the central region is close to exhausting its employment and housing potential. According to some estimates, in 30 years the residents of the Dan region will spend five hours a day in traffic jams and housing prices will triple. According to Prof. David Passig, author of the book 2048, and whose field of expertise is in forecasting the future, "it is expected that in 2050 people aged 65 and over will constitute 28% of Israel's population (compared to 11% today) and the total population in Israel will be at around 16 million.

To date, the State of Israel has no integrative plan of action for the distant future. According to Prof. Passig, "this is a critical mistake, and we must see the present in the perspective of the future in order to understand what can be done here to be prepared for the 'demographic winter' of humanity."

"We must establish within the borders of Israel a country three times larger than what was the basis of the Zionist vision," says Prof. Shamay Asif, former head of the Israel's Planning Administration. The body which took it upon itself to do just that, is the "Centennial Group," whose members believe that for Israel to have a stable demographic, economic and political situation in three decades – we must start planning and doing today.

The Israel 2048 group includes experts from various fields, government ministries, representatives from the students' union, the National Economic Council, the Israel Builders Association, representatives of local municipalities in the Negev and the Galilee as well as dozens of experts from academia, including Prof. Shlomo Hasson, the director of the Shasha Center for Strategic Studies; Prof. Haim Aviram, chair of the Transportation Today and Tomorrow NGO; Prof. Eugene Kandel, former head of the National Economic Council and chair of Start-Up Nation Central; and Dr. Rina Degani, chair of the Geocartography Knowledge Group.

For a year, the "Centennial Group" formulated a new national strategy, which includes 15 major initiatives to ensure Israel's proper development. The most important of those initiatives is the construction of a new area in the Negev and a new area in the Galilee that will be independent and thriving centers to attract the young generation, just like the Tel Aviv area, will provide all the needs of all the local residents, including the need for employment. These centers will include smart cities, new working frameworks, technology centers that will attract strong populations, and more.

"The situation which we are in today requires the creation of a spirit of cooperation in order to turn this strategy into a reality," Prof. Asif told the conference last week. "The goal is to get as many partners as possible on board, in order to get a commitment not only from government ministries, but also from most of the influential people in the economy."

Prof. Shamay Asif (Photo: Dana Kopel)
"In the not too distant future, our reality will be very different from what we are familiar with today. We see a big opportunity in the Negev and the Galilee, and we believe that a constructive dialog will bring hope and a better future" says Roni Flamer, director-general of the OR movement, which initiated the Israel 2048 project and put together the Centennial Group.   What can one expect? Among other things, initiatives for employment within the cities, which will reduce the need for the use of vehicles. And if we need it, a new transportation model that will combine advanced technologies and enable the residents of the new centers to move efficiently in their residential areas and between the business centers throughout Israel. For example, a light rail will be built in Be'er Sheva and its satellite cities; a Bedouin city will be established, which is not populated by only one tribe; the Biotech Center in Safed will provide thousands of jobs in the field of medical research and development. And that's only a glimpse of what is to come.

Roni Flamer (Photo: Dana Kopel)
It will not be easy. "There are already far-reaching government decisions and action plans, but we see difficulties in execution of transportation and employment programs combined," says Prof. Avi Simhon, chairman of the National Economic Council. "Solutions for new forms of transportation, for example, already exist, but they are under-budgeted." Will it be possible to solve the housing shortage, which today has become the major threat for the younger generation? Adiel Shimron, director of the Israel Land Authority, said: "I believe that the managing of the land distribution will create a policy that will change the reality over time."

Adiel Simhon (Photo: Dana Kopel)
The director-general of the Ministry of Housing, Beny Dreyfus, said: "We must prepare today to create a demand in the north and south of the country for houses and find innovative models of housing and models to manage of urban communities that will attract the younger generation to stay in and or move to the Negev and the Galilee." Prof. Simhon: "I believe in the economic power of the four strongest metropolitan areas we have today, and that this power can also affect their surroundings."

Conference participants (Photo: Dana Kopel)
"The important question is how to create a sense of belonging that will lead to a willingness to sacrifice and to put an effort into thinking differently," said Emi Palmor, director-general of the Ministry of Justice. "I believe that constraints lead us to creative solutions, but the real change will come only if all sectors feel that it is worthwhile to work together. "We do not see predictions of the future as a threat, but rather as an opportunity to create a quality of life here," she said. "It's too early to say what will actually happen, but we can say what we do not want to happen. The goal is to develop mechanisms that will help us cope with the changes that are expected and create a climate that will facilitate the best quality of living for another 8 million people." Produced in cooperation with Israel 2048 - a common future