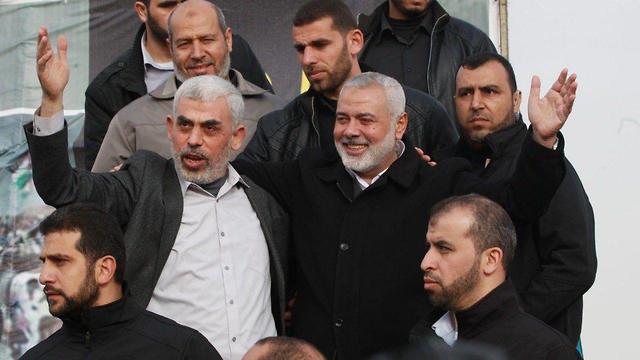 Netanyahu can change the equation in Gaza

Opinion: Hamas leader Yahya Sinwar might be calling the shots in the coastal enclave at the moment, but if the prime minister really wanted to, he could bring in international assistance and do more than dream of sealing Israel off from a divided and weak Palestinian people.

The Black Saturday that the IDF feared so much was ultimately more of a Gray Saturday. There were 41,000 Gazans protesting at the border fence with Israel, while Hamas leaders Yahya Sinwar and Ismail Haniyeh fearlessly posed for pictures and officials from their organization kept everything pretty much in order. Three rioters who breached the relative calm were killed by IDF troops.

Now for the easy question: what would have happened if the prime minister this weekend had been Benny Gantz? Opposition leader Benjamin Netanyahu would have screamed about submission, weakness and betrayal. Pictures showing Gantz dressed in the uniform of the Hamas military wing would have been publicly displayed.

Yahya Sinwar (L) and Ismail Haniyeh (C) at the March of Return protests in Gaza, March 30, 2019
Likud MK Yariv Levin, a legal expert, would have demanded Gantz be indicted for aiding the enemy in wartime. Far-right MK Itamar Ben-Gvir and his relatively more moderate Bezalel Smotrich colleague would have organized a pulsa denura ceremony (cursing someone with death) for their entire faction. It would have been a sight to behold.

Fortunately for Israel, Benjamin Netanyahu is the prime minister. He can smoothly negotiate with a terrorist organization that he himself has pledged to destroy, making major promises in return for partial, interim calm, all the while fostering his image as "Mr. Security."

Minister Gilad Erdan, who is dispatched to explain Netanyahu's actions to the media, justified the negotiations by explaining that they are nothing, given that Israel negotiated with Hamas for the 2011 release of captive soldier Gilad Shalit.

Israel released 1,027 prisoners – including 280 convicted murderers – to get Shalit back. After five years of failing to locate the captive soldier, it may well be that Israel actually had no choice. There was no major achievement to be had, neither from the actual deal nor in the price paid.

The most senior Hamas official Israel freed to get back the soldier was one Yahya Sinwar, who is now the boss in Gaza. 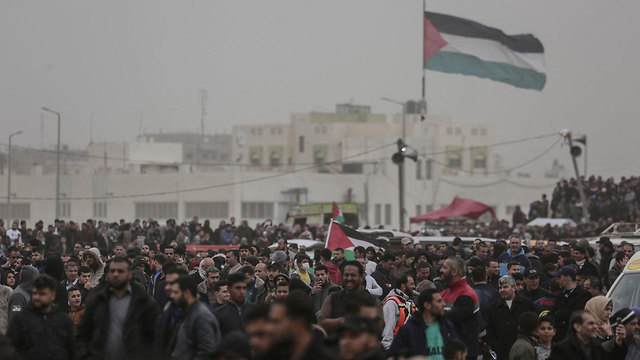 Palestinians at the Gaza border during the March of Return protests, March 30, 2019 (Photo: MCT)

Netanyahu celebrated Shalit's return, but for the IDF and the Shin Bet security service, the deal is still an open wound that will not heal. Ahmed Jaabari, who initiated Shalit's abduction and was the one to sign off on his release, was killed in an Israeli air strike in November 2012 – on the orders of then-IDF chief of staff Benny Gantz.

During Netanyahu's 10 years in office, he has formulated a clear policy vis-à-vis the two Palestinian enclaves. The dangerous enemy is the Palestinian Authority, as the international community recognizes it and its demands in the West Bank and East Jerusalem. Hamas, on the other hand, has no international status or territorial demands.

It is in Israel's interest, as Netanyahu sees it, to perpetrate the existence of two weak, divided and poor regimes between the Jordan River and the Mediterranean Sea. One, led by Fatah, is a corrupt collaborator and the other, led by Hamas, is corrupt and fanatical.

The price of this is rising and falling terror waves, fatalities every now and then, and military confrontations once every few years. In his view, this is a price that Israelis can stomach. 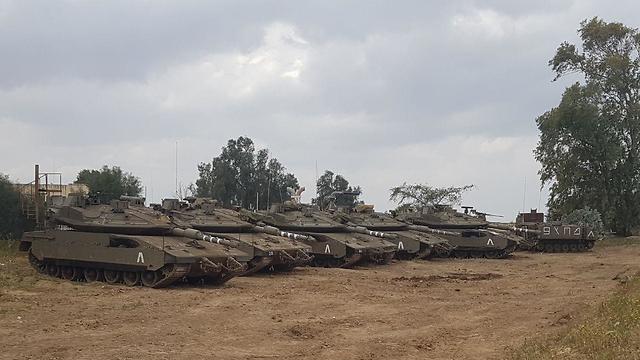 Yitzhak Rabin dreamed of drowning Gaza in the sea; his successor Shimon Peres dreamed of a Gaza that was Singapore of the Middle East; Ariel Sharon dreamed that if Israel withdrew from Gaza, it would become Egypt's problem. And given that the Middle East is good at shattering dreams, none of these ever materialized.

But something must be done, if not for the Gazans themselves, then at least for those Israelis living on the Gaza border. Netanyahu sent the IDF out on two military operations on their behalf, both of which ended in an embarrassing, frustrating draw leading to a short-lived period of calm. He gave them a comprehensive barrier along the border, which is now under construction.

The IDF said a partial barrier would do the job, but politics triumphed.

Is this yet another dream by an Israeli prime minister? The kind says that if we surround ourselves with a fence and barriers above and below ground, we can forget about the people living on the other side. 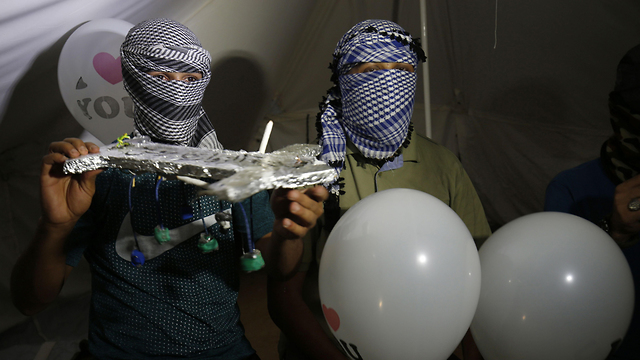 So now there are no offensive tunnels and Hamas is busy digging defensive ones – but we Israel must deal with incendiary devices attached to balloons and Gazans charging the fence and hurling explosives. And now the arsenal of rockets in Gaza is constantly growing, and they have a range that extends to the north of Tel Aviv, if not further.

‬Sinwar now decides not only what the masses in Gaza do, but Israel's actions as well. There rules to the game, and Israel is cautiously obeying them. For example, the IDF knows that if it deploys tanks to the perimeter of the Gaza border, Hamas will respond with rocket fire, and so it doesn't. 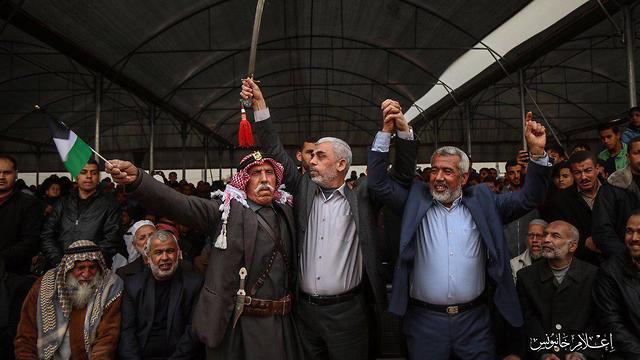 Yahya Sinwar at the Gaza protests, March 30, 2019
There is no reason to be satisfied with a reality in which both sides sit on a barrel of explosives and play with matches. What is needed is a plan to rehabilitate Gaza with the cooperation of the PA, the Arab states and global institutions. Such a plan means taking risks, but the current situation is risky too. Only Netanyahu can do it - if he only had the courage to want it.