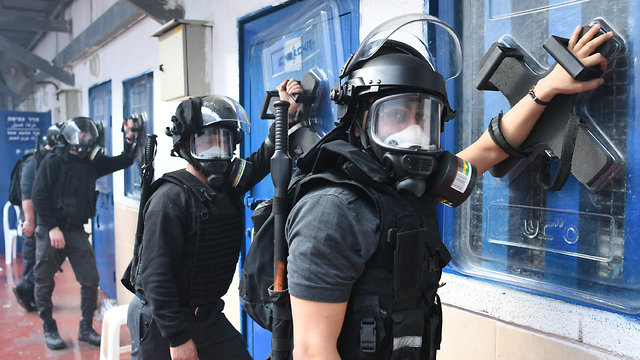 Hamas leader Ismail Haniyeh said Tuesday that his organization has given Israel a series of demands regarding its security prisoners who are set to begin a hunger strike next week.

The demands were passed to Israel by the Egyptian delegation currently trying to mediate an end to Gaza hostilities between the two sides.

2. Lifting recent sanctions on the prisoners

According to Hamas, some of the understandings with Israel will be implemented before the elections on April 9, and some afterwards.

The understandings that will be implemented before the elections are the simpler ones, such as expanding the fishing area off the Gaza coast (already done); easing restrictions on exported goods from Gaza; improving the electricity supply by operating the turbines at the power plant; and beginning projects that will provide temporary employment.

The understandings that will be implemented after the elections include the construction of another power line from Israel to Gaza within six months and the construction of a gas pipeline to the Gaza power plant within a year. In addition, the Palestinians are demanding the establishment of infrastructure and alternative energy projects.

The timetables will be presented to representatives of the Palestinian factions in Gaza, who will announce whether they accept or reject them.

Last week, the Israel Prison Service announced that it would charge the Hamas prisoners in Ramon Prison NIS 250,000 ($70,000) after they set fire to the mattresses in their cells last week.

The arson took place in the wing where mobile phones are being jammed by the IPS, which expressed concern that such a move would lead to attacks on prison guards, damage to prison property and riots.

A few days earlier, a prison guard at Ketziot Prison was stabbed in the neck by two security prisoners in the neck during a search of the site.