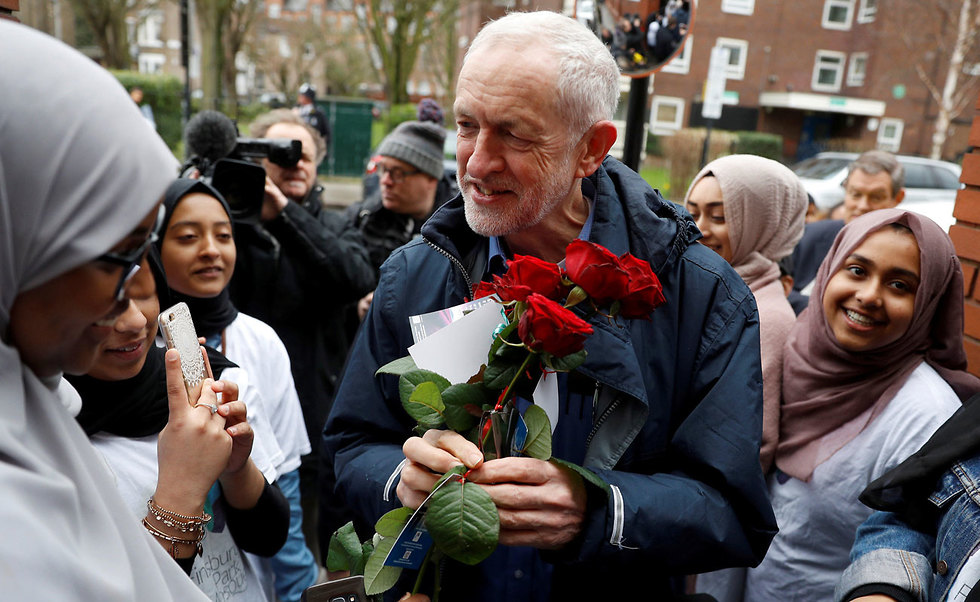 The Sunday Times reveals The Labour Party has failed to take disciplinary action against hundreds of members accused of anti-Semitism under Jeremy Corbyn’s leadership, including those who used racist, sexist slurs

The Sunday Times reported that a hard drive of emails leaked from the Labour party and a confidential database last updated on March 8 reveal members investigated for posting such online comments as “Heil Hitler”, “F*** the Jews” and “Jews are the problem” have not been expelled, even though the party received the complaints a year ago and that the party’s system for dealing with such complaints is treated with delays, inaction and interference from the leader’s office.

According to the report, Thomas Gardiner, an ally of Labour leader Jeremy Corbyn, and the powerful chief of Labour’s governance and legal unit, recently interfered with efforts by a member of his staff to fast-track the investigation of a member who condemned two Jewish MPs for being “shit-stirring c** buckets” in the pay of Israel.”

The report also cited a case in which an MP reported a member for saying the Board of Deputies, Britain’s representative Jewish body, were “c****” and that saying so was “not anti-Semitic, it’s anti-c***." The member was let off with a warning.

In another instance a Labour official said a council candidate who accused Jewish MPs of being “Zionist infiltrators” met the threshold for suspension though he faced no action.

According to the Sunday Times, a sitting councillor in Lancashire who made comments about “Jewish” media attacks and the Rothschild family, was let back in the party. She told party investigators she meant “Jewish” as a “blanket term of description without any racist connotations”.

While  a trade union official in Manchester, was readmitted despite sharing material saying “Jewish Israelis” were behind 9/11.

The Times quoted Labour’s deputy leader, Tom Watson, as saying “This makes for deeply shocking and depressing reading. Labour members and the Jewish community will not understand how, many years on from the first concerns about anti-Semitism being raised, we have not got to grips with it.”

The Sunday Times reported Corbyn’s office, has been involved in approving, delaying or blocking at least 101 complaints.

In fact, according to the report, despite claims the diciplinary process has been free from politica interference, the Times claims to have seen an e-mail in which chief of staff, Karie Murphy said that “going forward” his office needed an “overview” of politically sensitive cases."

According to the report, there have been 863 complaints overall, of which 454 (53%) are unresolved, including 249 that have not been investigated at all. In fact, the Times said, there are just 29 cases that have been referred to Labour's National Constitution Committee, which is authorized to expel members.

The Times said that of 409 cases where a decision was reached, fewer than 30 members were expelled, 191 faced no further action and 145 received a formal warning — a measure that does not harm a member's chance of standing as a candidate.

In reaction to the The Sunday Times report, a Labour spokesperson said: “These figures are not accurate,” adding: “Lines have been selectively leaked from emails to misrepresent their overall contents.

“Former staffers asked the Leader’s Office for their help with clearing the backlog of cases. This lasted for a few weeks while there was no general secretary, and was ended by Jennie Formby (now in that role).

“The Labour Party takes complaints of anti-Semitism extremely seriously and we are committed to rooting it out. All complaints are fully investigated in line with our rules and procedures. We can’t comment on individual cases."

The Labour Party has been facing growing accusations of anti-Semitism in its ranks since Jeremy Corbyn was elected leader in 2015, claims Corbyn and his supporters deny.