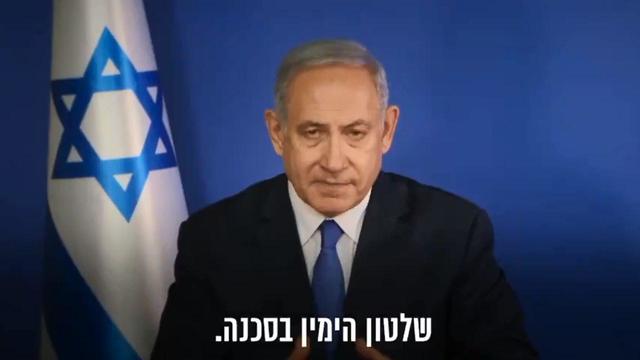 To Bibi or not to Bibi

This election campaign is on values. Netanyahu espouses to values of self preservation, victimization and disrespect of institutions of democracy and the state. This election must be for anyone but Bibi

Yes, this is a political movement, and I intend to vote for it.

And yes, it has become a derogatory line, the kind that represents some kind of blind fanaticism, a rejection of the person rather than a judgment of policies, some heaven forbid sick leftism frothing at the mouth.

It is not. It's not us, it's you, Bibi. The man these elections are all about...

To Bibi or not to Bibi

So thanks, but anyone but Bibi.

This is not a blind hatred of the right; not at all. The Israeli right - certainly the Zionist right – is a legitimate, realistic and outlines a path (one that leads me nowhere, in my view, but I doubt mine is the only view or even a realistic one). And I have no doubt there are enough people on the right who are smart, educated quiet, and especially well reasoned.

Bibi is Bibi. Filling the land with his troubled personality, single-handedly ruling his one man party, regardless of who else is there. The party with the Bibi agenda.

These elections are first and foremost about values. Not a political path. The bath is already defined and accepted by a majority of the public. You can be sure Benny Gantz and Yair Lapid, if elected will walk smack in the middle of it.

No one will be giving up territory for non-peace. No one will wave a magic wand and solve Israel's transportation problems or its education or its health (though it may be fun to see someone try for a change).

So we are left with values: Will they be Bibi's values? Or will they be Israel's?

Netanyahu's values are well known: Attack symbols of democracy while promoting his personality cult; denigrate state institutions, for short-term personal interests; play the "victim"; advance rude and violent discourse with ruthless vulgarity towards real or imagined political rivals and the holy grail sowing division and pitching people against each other.

How can you tell these are Netanyahu's values? Look at his son. Values are passed on by parents.

Israel's values on the other hand are acceptance, tolerance, and much more familiar that Netanyahu and son. Israel expects its prime minister to at the very least be honest and law abiding. He must be respectful of the position he holds, the country and its institutions, and of its citizens, all of them, including his opponents.

So whether or not, these are the "most important elections of our time"? (In my time, as it were, all elections were called that) they are important if only because they are a vote for values Israel will choose to hold.

And the value is: anyone but Bibi.

This is not hard. It leaves us with a supermarket of free choices and ideas.

Even if the apocalyptic scenario of the death of Israeli democracy is not on the table, the question is will be continue down the road of Bibism and the values he espouses to ? Mocking former Chiefs' of Staff?

Unable to utter a sentence that does not include disparaging remarks and untruths?

So vote anyone but Bibi. That is the most relevant and legitimate political party of all and it has many ballots to choose from.