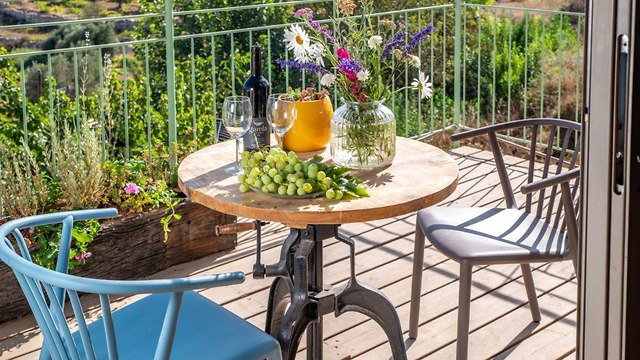 Airbnb said on Tuesday it would not implement a planned delisting of Israeli settlements in the occupied West Bank and would donate proceeds from any bookings in the territory to international humanitarian aid organizations.

Heeding calls from Palestinians who want the West Bank for a future state, Airbnb had said in November it would remove the listings of some 200 settlement homes. That decision was deplored by Israel and challenged in some U.S. jurisdictions.

Announcing a resolution of lawsuits brought against it, Airbnb said it "will not move forward with implementing the removal of listings in the West Bank from the platform."

"But Airbnb will take no profits from this activity in the region," said a statement posted on the company website, implying the new policy would not distinguish between settlement listings and Palestinian listings in the West Bank.

"Any profits generated for Airbnb will be donated to non-profit organizations dedicated to humanitarian aid that serve people in different parts of the world."

There was no immediate reaction from Israeli or Palestinian officials.

Most world powers view Israel's construction of settlements on occupied land as a violation of international law, and Palestinians say it is wrong for companies to profit from them.

"Airbnb's disappointing decision appears to reverse their stance to fully respect rights," Human Rights Watch said in a statement. "By continuing to do business in settlements, they remain complicit in the abuses settlements trigger."

Airbnb was sued over its proposed delisting of West Bank apartments last November in Jerusalem District Court and, separately, in a U.S. federal courts in Delaware and California.

The Israeli lawsuit, a class action, accused the company of "outrageous discrimination" and demanded monetary damages.

The Delaware lawsuit accused Airbnb of violating U.S. housing discrimination law by "redlining" Jewish-owned properties while letting Muslims and Christians continue to use the company's service. The California lawsuit made similar claims.

The Shurat HaDin Law Center in Israel, which was involved in the U.S. lawsuit against Airbnb, called the company's about-face "a powerful defeat for the anti-Israel boycott movement."

"The policy Airbnb announced last November was abject discrimination against Jewish users of the website," Nitsana Darshan-Leitner, one of the lawyers in the U.S. case, said in a statement. "We commend Airbnb for recognizing that it had landed on the wrong side of this issue and changing the policy."

Lawyers for the California plaintiffs could not immediately be reached.

Airbnb has denied that its West Bank delisting plan had targeted Israel in general. "Airbnb has never boycotted Israel, Israeli businesses, or the more than 20,000 Israeli hosts who are active on the Airbnb platform", the company statement said.