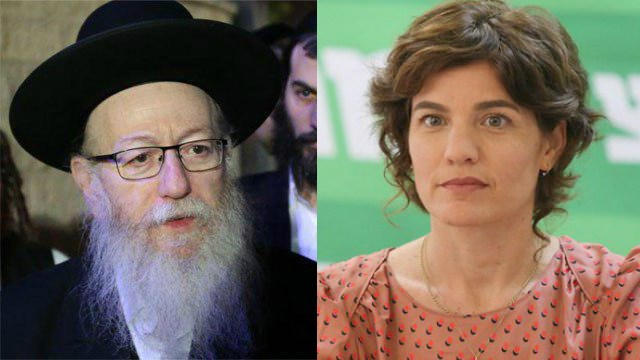 Female and ultra-Orthodox MKs will both represent a quarter of the next parliament respectively; first female Haredi MK elected via Blue and White; number of LGBT parliamentarians also on the rise

The 21st Knesset appears to be looking more conservative with a wider representation for religious and ultra-Orthodox politicians and fewer women.

At least 29 women were elected to the parliament, most of whom via the two parties that received the greatest share of the vote - the Blue and White party and the Likud - with 10 women each. The left-wing Labor and Meretz parties elected two women apiece, while the ultra-Orthodox parties - Shas and United Torah Judaism - didn’t have any women on their lists at all.

The number is disproportionately low relative to the female share of the population, and although it appears to be on par with the number of women elected to the previous parliament, the number of female MKs rose to 36 throughout the 20th Knesset, according to research conducted by Dr. Ofer Kenig of the Israel Democracy Institute.

Women in the 21st Knesset

When it comes to a variety of ethnicities, 42 of those elected are of Mizrahi descent - more than one-thirds of the Knesset - 15 of whom were elected via the Likud party and nine others via Blue and White. Most of the MKs from the Labor Party who are about to enter the Knessed are of Mizrahi origin (four out of six).

Religious Jews in the 21st Knesset

Three out of the four elected Kulanu party members are also of Mizrahi descent. In addition, all eight MKs elected via Shas - a Sephardic-ultra-Orthodox party - are also of Mizrahi origin. Meretz and United Torah Judaism parties are the only Jewish parties via which, no Mizrahi MKs were elected.

The number represents a leap from the previous parliament (as far as Haredi representation is concerned), which had some 13 ultra-Orthodox MKs.

The 21st Knesset will also have a record number of MKs from the LGBT community, with at least three gay men joining the current parliamentarians from the community - Amir Ohana from Likud and Itzik Shmuli from Labor.