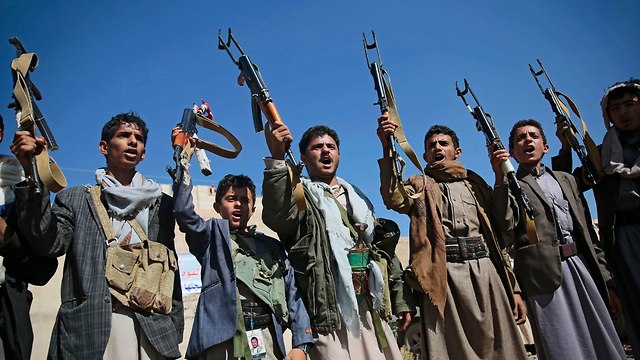 Reporting on Yemen in the face of indifference

Opinion: Three reporters insist on covering a remote conflict despite the world's indifference to the suffering of civilians faced with war, hunger and disease.

What do we really know about the horrors in Yemen? And who actually cares?

Yemen is one of the poorest countries on earth and is trapped in a conflict between Saudi Arabia and Iran.

On one side stand the supporters of President Abed Mansor Hadi, who is mostly based in Riad and rarely visits Aden, and on the other stand the Houthi rebels who maintain control of the capital Sanaa and have pronounced, Ali Abdullah Salehas as leader.

Broadly speaking this is a war for control of the region. Millions of suffering Yemeni are of no interest to the Saudis as well as to the Iranian leadership.

This week three journalists received the prestigious Pulitzer Prize for their persistent coverage of the situation in Yemen: Maggie Michael, a Cairo based journalist, Maad al-Zikry a video journalist and Nariman Ayman El-Mofty, a Canadian Egyptian, all working for the Associated Press which insisted on covering one of the most dangerous conflicts.

We in the Israeli media, have often relied on their reporting.

I remember the heart breaking stories of mothers struggling to feed their children; I also remember images of a father carrying his son around the city after he found nowhere to be safe. Their home is shelled, the kindergarten subject to raids and the neighborhood shelters rampant with disease. Or the mother who's two sick daughters are beyond help as she struggles with the dilemma of letting them go and try to save her remaining healthy kids.

At least 100,000 people have been killed in three years of fighting many others succumbed to cholera.

Yemen is the only place where Cholera spreads uncontrollably due to lack of medicine. Pharmacies have been closed for over a year and UN assistance is left untouched at the ports, or is stolen and sold to whoever can still afford to pay. If none are found, it is thrown into the sea.

Reports of suffering children break our hearts for a moment before we turn the page to other news.

But some journalists insist on reporting, despite readers' indifference, so that we can learn about the terrible abuse in Yemen's prisons, the torturer, the war crimes and the rampant corruption of officials who are blind to the suffering of their people.

As Yemenites are trapped, unable to leave, these three journalists are praised for their persistence but they too will be forgotten soon.