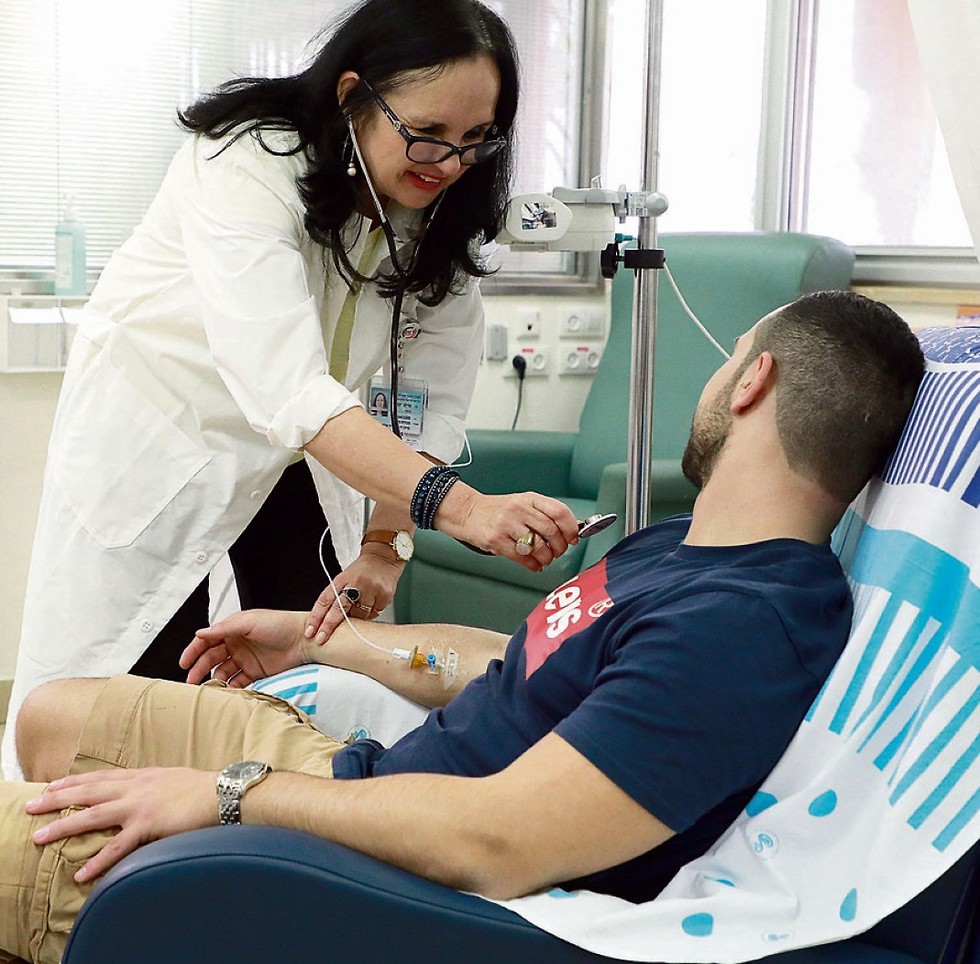 Sheba Medical Center is one of only three places in world to offer ground-breaking procedure that involves engineering healthy genes; no serious side-effects reported though no long-term data available

A ground breaking treatment for hemophilia now administered at the Sheba Medical Center in Tel Hashomer, just outside Tel Aviv. Sheba is only the third hospital in the world to offer the new treatment to patients.

The treatment involves engineering healthy genes in the lab, a large amount of which are then inserted into viruses and given intravenously to patients.

The liver clears the viruses out of the body but the healthy genes remain and within a few months we can see a rise in the proteins responsible for blood clotting. This treatment can actually cure hemophilia not just treat it and reduce incidents of bleeding.

"I had my treatment six days ago and I feel really well," says 24-year-old Eden, who was the first in Israel to undergo the new treatment. "I received a transfusion and then went home. I still take the drug treatment but if my tests are good, I will stop injecting them."

Eden was diagnosed when he was three months old and now, for the first time, can imagine a future free of the illness.

"We all hope we can see good results," he says.

Hemophilia is a rare disorder caused by a lack in sufficient blood-clotting proteins which can cause life threatening internal hemorrhaging. It is a mostly inherited condition that appears most often in males.

The condition occurs in one in 5,000 births. In Israel it is diagnosed at a young age because Jewish boys are circumcised at eight days old.

Professor Gili Kenet, who heads the National Hemophilia Center and Institute of Thrombosis & Hemostasis at Sheba, says so far only 60 patients in the world were treated for their hemophilia using this genetic engineering method and no serious side-effects or complications were reported.

She says the treatment is not suitable for all patients.

"Children under the age of 18 cannot be treated this way as their liver tissue is still developing," she says. "Patients with liver illnesses or those who have developed antibodies for blood clotting factors are also unable to receive the treatment."

Prof. Kenet adds: "We still do not have long term studies so we are unsure of the treatments effectiveness over time but still this is dramatic news for hundreds of patients in Israel."