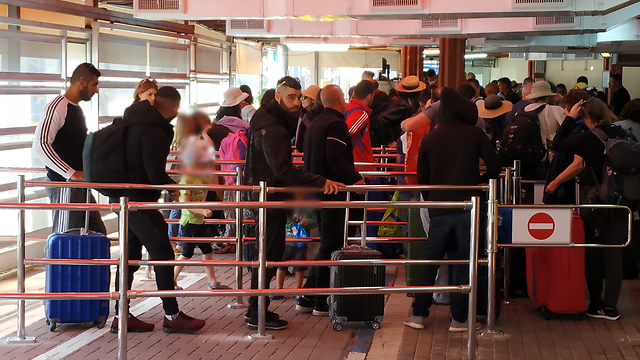 Despite calls to stay away, Israelis flock to the Sinai for Passover week

Some 30,000 Israelis crossed into the Sinai, ignoring defense establishment warnings of possible terrorist attacks against tourists

Israeli security officials have expressed their frustration at the Israeli tourists travelling to Sinai, ignoring warnings of imminent threats from ISIS and al Qaeda cells, active in the area.

An estimated 30,000 Israelis crossed the border into Sinai for Passover, looking for an inexpensive and relaxed vacation along its beaches.

Itai Peled, 26, from Jerusalem said he was not afraid. Egyptian police presence was visible and the fact other Israelis were there as well added to his sense of security.

Or'el Pinto said the sense of freedom in the Sinai is incredible. The Egyptians were lovely and hospitable and despite some initial hesitation, she felt calm and safe.

Egypt has been fighting organized cells of the Islamic State and al Qaeda, believed to be hiding in the mountains of Sinai.

Israeli security sources say tourists are easy prey for these cells and the chatter of these organizations, that they are monitoring, reinforces concerns that Israeli tourists can easily be targeted.

The pictures Israelis post on social media are as good as invitations to attack, they say.

IS weapons captured by Egyptian military

Last year, during the Passover week, Israel closed its border crossing with Egypt, after intelligence reports suggested attacks were imminent. This year the border remained open but concerns that Israelis are risking their lives persist .

Israeli concerns include possible abduction of tourists that may eventually be taken back into the Gaza Strip, dragging the entire country into a potential stand-off with Hamas.