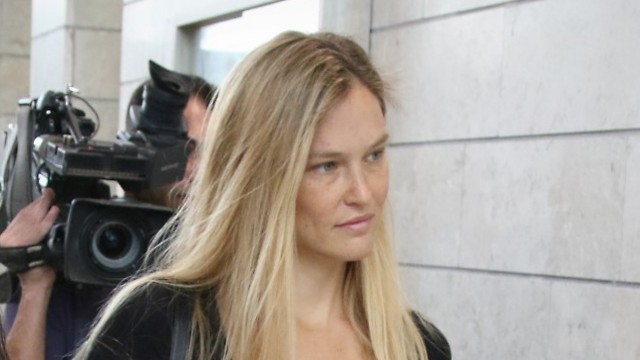 Bar Refaeli has been ordered to pay NIS 16 million in income tax by Lod District Court. The court rejected all claims made by the model and TV personality during her appeal against a demand by the Israel Tax Authority for money owed from the years 2009-10, when she worked abroad.

Refaeli claimed that during those years she spent only six months in Israel, and as she was a foreign resident did not owe any money to the Tax Authority. She said that during this period, she lived with American actor Leonardo DiCaprio and they shared an apartment abroad that her permanent abode.

Refaeli also introduced to the court a letter written by DiCaprio's father, George DiCaprio, that backed up her claims, as well as numerous photos of her with DiCaprio. George DiCaprio did not appear in court.

Judge Shmuel Bornstein, however, ruled that Refaeli had a permanent apartment in Israel despite her claims that she stayed with her parents. Bornstein pointed out that the court had not seen any evidence to support the claim that Refaeli shared an apartment with DiCaprio, as she had never recorded DiCaprio's address as her own.

The current proceedings are part of a civil case. The State Prosecutor's Office intends to file criminal charges against Refaeli, who is one of the hosts of the Eurovision Song Contest that will be held in Israel next month. The State Prosecution has officially informed Refaeli of the intention to charge her with tax evasion.

Refael has received a draft of the motion to indict her, but so far no hearing date has been set.