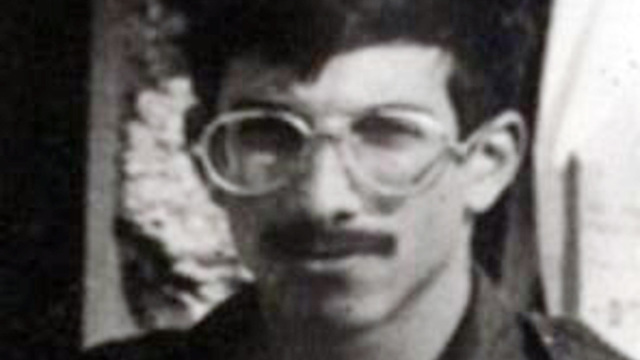 Israel to free two prisoners in return for soldier's remains

Jerusalem official confirms decision made 'as a goodwill gesture' after remains of IDF soldier Zachary Baumel, who went missing in action in Lebanon in 1982, were recently returned to Israel; soldier's remains were located in Syria by Russian troops; Moscow says prisoners to be freed are Syrian

Israel will release two prisoners in return for the remains of an Israeli soldier missing since 1982 which were recovered by Russian special forces in Syria, an Israeli official said. Russia this month handed over the remains and personal effects of Zachary Baumel, who was 21 when he was declared missing in action along with two other soldiers in the Battle of Sultan Yacoub during the First Lebanon War.

The official did not provide details about the identity of the prisoners and said that the decision to release them was made after Baumel's remains were recovered. Russia said Saturday that the prisoners were Syrian.

Russian envoy to Syria, Alexander Lavrentiev, said the return of Baumel's body was not a "unilateral" action.

The official was responding to reports by Israeli media that said the prisoners were Syrian.

There was no immediate comment from Syrian or Russian authorities.

A spokesman for Prime Minister Benjamin Netanyahu declined to comment.

Baumel was laid to rest at the military cemetery on Mount Herzl in Jerusalem earlier this month, a day after his remains were returned to his family and 37 years after he went missing.

The funeral for Zachary Baumel in Jerusalem (Photo: EPA)

The funeral was attended by many high-profile Israeli officials, including President Reuven Rivlin and Prime Minister Netanyahu, as well as members of the soldier's family.

Baumel's family received his remains after forensic scientists in Tel Aviv confirmed by DNA test that the body belonged to the Brooklyn-born soldier.

A young Zachary Baumel with his father, Yonah (Photo: Courtesy)

The soldier's remains were repatriated to Israel after Russian troops located them in the Palestinian refugee camp Yarmouk in Syria.

According to IDF spokesman Lt. Col. Jonathan Conricus, the body was returned to Israel on an El Al plane and identified after years of "significant intelligence operations."