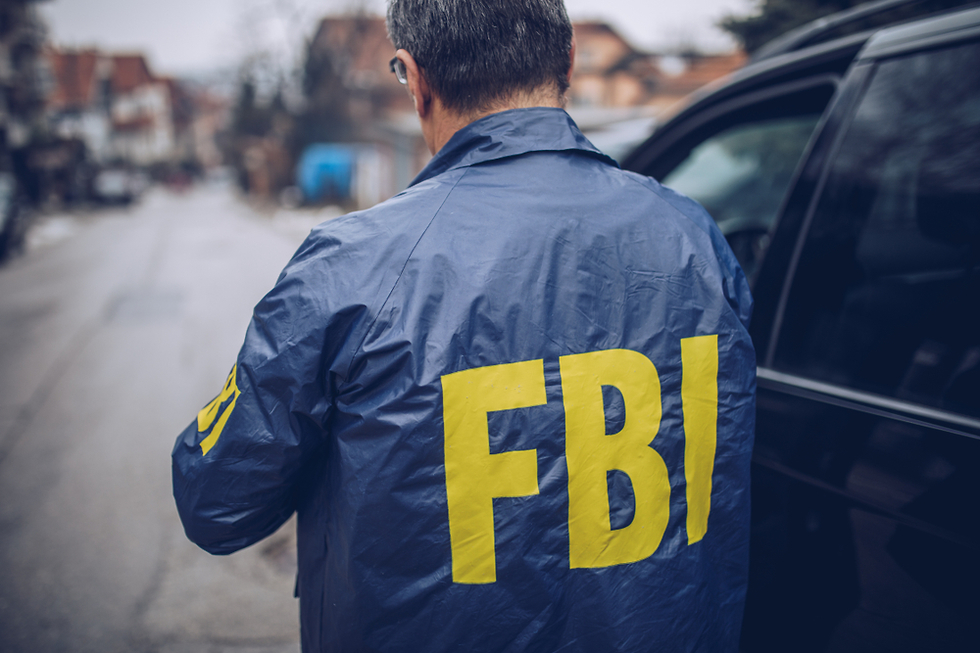 FBI was tipped off about threat minutes before synagogue shooting

The FBI said Monday that it received tips on a threatening social media post about five minutes before a gunman burst into a Southern California synagogue and opened fire with an assault-style rifle, killing a woman and wounding a rabbi and two others.

The tips to the FBI's website and phone number included a link to the anonymous post but did not offer specific information about its author or location of the threat. The FBI said employees immediately tried to determine who wrote the post, but the shooting occurred before they could establish his identity.

"The FBI thanks the alert citizens who saw and reported the post," the agency said.

One of the tipsters told The Associated Press that he called the FBI tip line at 11:15 a.m. Saturday because the post linked to a manifesto that said the author was responsible for a mosque arson in the city of Escondido last month. He says he found online that had the mosque attack had happened and feared the new threat was real.

People offer support for the victims

The tipster, who refused to provide his name because of security concerns, said the call with the FBI lasted four or five minutes and the shooting happened soon after. He described the FBI as quick and professional and said he doesn't know what they could have done.

The shooting happened around 11:30 a.m. Moments afterward, police arrested 19-year-old John T. Earnest of San Diego. He is being held on suspicion of murder and attempted murder.

The online manifesto written by a person identifying himself as John Earnest was an anti-Jewish screed posted about an hour before the attack. The poster described himself as a nursing school student and praised the suspects accused of carrying out attacks on mosques in New Zealand that killed 50 people last month and at Pittsburgh's Tree of Life synagogue that killed 11 on Oct. 27.

About 100 congregants were worshipping at the Chabad of Poway near San Diego on the last day of the Jewish holiday of Passover, which celebrates freedom, when the gunman killed Lori Kaye, 60. He also wounded the synagogue's rabbi, Yishoel Goldstein; Noya Dahan, 8; and her uncle Almog Peretz.

Goldstein said he was preparing for a service and heard a loud sound, turned around and a saw a young man wearing sunglasses standing in front of him with a rifle.

And then, Goldstein said, "miraculously the gun jammed."

In the moments that followed, Goldstein said he wrapped his bloodied hand in a prayer shawl and addressed congregants gathered outside the building, vowing to stay strong in the face of the deadly attack targeting his community.

"We are a Jewish nation that will stand tall. We will not let anyone take us down. Terrorism like this will not take us down," Goldstein recalled telling the community.

The woman who was killed in a deadly shooting at a Southern California synagogue will be buried on Monday after being hailed as a hero, as police continue to investigate the motive of the 19-year-old suspect.

Lori Gilbert Kaye, 60, attended services at Chabad of Poway in suburban San Diego on Saturday, the last day of the weeklong Jewish holiday of Passover, to honor her recently deceased mother.

Lori Kaye
She was one of four people shot, and the only one killed, when a gunman stormed in with an assault-style rifle, six months to the day after 11 worshippers were killed at a Pittsburgh synagogue in the deadliest attack on American Jewry. Police are investigating the incident as a hate crime. Rabbi Goldstein described seeing Kaye's lifeless body on the floor, as her husband tried to resuscitate her before fainting. "It's the most heart-wrenching sight I could have seen," Goldstein told reporters on Sunday. "Lori took the bullet for all of us ... She died to protect all of us."

Kaye was not the only worshipper to earn praise for bravery under fire.

When the gunfire began, Oscar Stewart, 51, a veteran of both the U.S. Navy and Army who served a tour in Iraq, recognized the sound immediately. He said in a Monday interview that for a moment he began running toward the exit with other congregants before he turned around and headed toward the gunfire - for reasons he still cannot quite explain. "I was an instrument of God," he said. "I had no conscious effort in what I was doing." He charged the gunman, screaming, "I'm going to kill you!" The shooter, who had stopped firing, looked frightened and fled the synagogue, with Stewart in close pursuit, he said. Another worshipper, an off-duty U.S. Customs and Border Protection agent named Jonathan Morales, also ran outside after the gunman. Morales, who was armed, fired several shots at the gunman's car as he drove away. Almog Peretz, an Israeli citizen visiting his family, was hit by shrapnel but still managed to help shepherd children to safety, witnesses said.

Noya Dahan and Almog Peretz (Photo: Tzipi Shmilovich)
His 9-year-old niece, Noya Dahan, also was wounded by shrapnel. Her family moved to the United States from Israel in search of a safer life after their home was repeatedly shelled by Palestinian rockets. At a vigil on Sunday, Dahan rode on her father's shoulders, wrapped in an Israeli flag, as people cheered. Kaye, one of the synagogue's founding members, was a deeply caring member of the community, her friends said. When one congregant developed breast cancer, Kaye drove her to every appointment and helped take care of her children, Goldstein said. "She is a person of unconditional love," Goldstein said.

תמיכה קורבנות בית ה כנסת של חב"ד פאווי קליפורניה ארה"ב פיגוע ירי
In a Facebook post, a friend, Audrey Jacobs, called her a "woman of valor" whose final act was to protect others. "You were always running to do a mitzvah (good deed) and gave tzedaka (charity) to everyone," she wrote. Her funeral will take place at the synagogue on Monday afternoon. Earnest is scheduled to appear in a San Diego court on Wednesday. Authorities believe he acted alone.